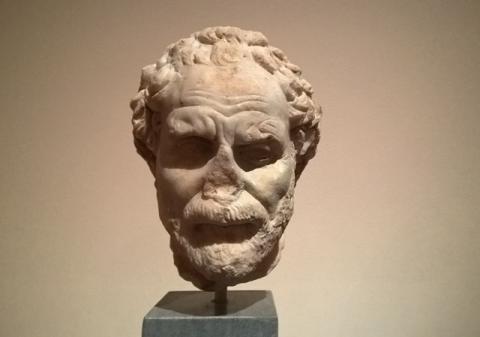 This is very common here in Greece/Hellas, where modern followers of the ancient Hellenic religion are still in a “baby” stage, denying even that they are pagans etc. they claim to be devotees of all ancient Hellenic Gods and Goddesses. If you ask them something particular, you take no response. As I have noticed, in most cases they don't achieve a communication with a specific deity. They even see very strange and ill to be a devotee of one God or one Goddess like we see in Wicca or like it was common in ancient Hellas. Why do they find it strange? Because this happens in other pagan religions and they don’t want to incorporate anything foreign or because they have less understanding of ancient religion than they should have.

The problem with those devotees is that they show no devotion to a particular God or Goddess, though they claim that they show devotion to each of one. So, their life and magickal practice cannot be centered around one deity, they cannot imitate one God they like and be like him, as the ancient Stoics advice to do. Those persons are usually open to learn more on Hekate from fora and experiences of other people, but as soon as they haven’t decided which Goddess to choose, they can achieve nothing specific.

This category contains people who have not the discipline to study one tradition, educate themselves, make the magickal tools, learn the beliefs, pass tests, work with a group of people and contribute and they follow even a new/modern tradition from a book or they create an eclectic tradition or they follow no tradition at all. They don’t work with things that others will make them work, like a specific material for each grade, or passing tests of this material or having responsibilities on a group etc. They think that they are independent and free spirits that belong nowhere. They support this, but they haven’t study the traditions they reject, because we are talking about people who hate to read, study and practice. They go to a coven or to a seminar and they expect the teacher to put knowledge inside their heads, like using magick to educate them. Most people leave very soon magickal temples and covens when they discover they demand loyalty, dedication, study and a change of their daily routine.

They prefer black clothes, smoked eyes, cigarettes, having cats and making fun. Maybe picnics, coffee meetings, movie nights etc. instead of developing visualization skills, practicing cartomancy through books, reading astrology, Kabbalah, ancient texts and classical studies. Or even try to make their own tools, developing woodworking skills or working with metals in a right and safe way. Or calculating planetary hours and designing a birth chart.

Those people read one book, see some videos online and bam they have opinion on everything. They go to pagan meetings to learn gossips, to make friends and have fun. They also tend to judge others. They are ready to tell you that Hekate was born in Egypt, that She is powerful, strong, independent Goddess. That you should be extra-careful when you work with Her. They even attribute to Hekate accidents that happen to their favor or against them. Of course those persons don’t participate much on serious conversations and groups but they find the group that suits them and they attack anyone who comes and asks facts. Mainly those conversations are based in personal mythology, illusions, oracles, dreams and stories that never happened. They call those, experience! The bad thing happens when in a conversation there are more than those who actually work with the Goddess Hekate, as they are more in number, they have fake profiles and they don’t care to insult, write lies and offend the person from the safety of their screen and keyboard.

Those persons will have absolutely no problem to attack well known authors and practitioners, priests of actual traditions and elders of the Craft. They even attack people who present facts and share their research. They use all kind of fake stories and they mainly insult without providing some sources to the conversation or even something to work and think about. When the admin of the group supports this behavior, actual practitioners will leave the group and when the admin take no position those practitioners will stop writing to that group as it is a lost case. I have seen this happening to groups with hundreds of people which have 1-4 admins that are online and they don’t have the time to read the conversations or they misunderstand what each side tells as they do not watch all the conversations. I have seen it in a respected group, which was taken by people who have an original hate for the ancient Ηellenic texts and even science, when the admin was absent for some days and then he didn’t punished anyone, he just deactivated the comments. Another example is a group for museum history and exhibits, which has only one admin and numerous posts every day. People post whatever they want and they even insult or make irrelevant comments without any penalty from the administration.

Of course there are devotees of Hekate who have studied one or even more magickal traditions, but they are very eclectic in their practices as they draw elements, which can be combined, from different traditions. Those aren't fake or weird devotees at all. They are independend but they know why and they acknowledge limits. They are usually self-disciplined and they don't want to have someone else to tell them what to do. 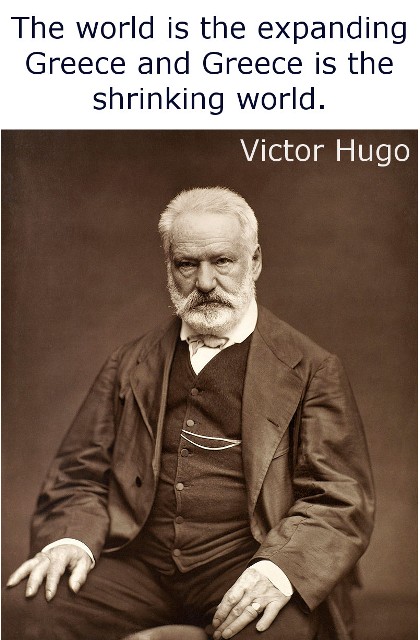 Graeculi and haters are people who hate ancient, medieval, later and modern Hellas. Those people have no problem to declare in their articles that the Gods of ancient Hellas are dead, the books of ancient Hellas are dusted and thus there is no reason to read them. After all, they justify themselves by saying that Gods change and evolve, thus there is no reason to read things that have changed totally in our days.

Those are bad excuses from people who don’t want to study what they believe. How one forms his personal religious beliefs when he reads nothing? There are cases that He reads some new age books and then he has opinion on anything. Those are easy to buy and study, after all, the modern publishing houses like to publish books for beginners, as simple as they can be. But after that stage, there are too few books. It is such a shame to see serious books of writers who have died, not to be published again. It is very difficult to find Ellen Cannon Reed’s books. Or books like Magickal Knowledge of Josephine Mc Carthy or books of Pat and Chris Zalewski.

Ancient Hellenic texts are fairly difficult to read and even translate them right and demand constant reading with the one writer and then with the school of this writer. It is a challenge but it is worthwhile as the ancient Hellenic texts are the cause of western civilization as this writer/poet says in his book.. . The width of ancient Hellenic history goes far back in time, to thousands of years, having a civilization which influenced all others and gave birth to numerous civilizations. With 5 known world conquests, the whole world is a province of Hellas.

We have responded why Gods do not change or why the mythology isn’t wrong and what is the purpose of mythology etc. on various articles you can read in the Crossroads Witch, but you should also think of reading the Platonic Dialogues to find out yourself. The writers of the Crossroads Witch present, or we think we present, valuable knowledge, but it is up to the reader to go further and walk that door.

With people denying ancient history, which is science, or archaeology, which is science or philosophy, which is science, we wonder on what they base their beliefs. Personal ideas belong to the world of senses (physical world) and thus they are bound to a necessary change in time, on the other hand, the knowledge of the mental world or world intelligence is static and solid. That’s the difference between science as it was taught by rhetors and science as it was taught by philosophers and though this thing had been clarified in the classical Athens of Socrates, 1500 years after, we should write it again and again.

People in Hellas who try to reconstruct a form of the ancient religion usually ignore ancient texts or they use only those which suit their beliefs. It is odd to read that one specific group attacks monotheism, when I have read not just books of ancients but whole philosophical schools expanded monotheism as well as initiative practices and mysteries. Those modern groups speak in the name of the ancient religion, which they call national religion, or they use words in a way that aren't used now or in the past, just to promote specific views they share. Of couse, to this wave of hate and misinformation, Gods and Goddesses like our own Mother, will be changed by them, as well as practices of the past will be denied and also ancient theology, which in many cases, is similar with modern theology.

I recently was a guide of a devotee who came from the other side of the globe, just to see Hekate’s places in Athens. In our conversations, she told me several times how lucky she feels that she came in Athens. She really liked to absorb every moment. She looked the houses, the soil, the trees, the ancient ruins, the ancient temples and museum exhibits. As I was providing information on almost anything I could say, I noticed her saying that we are lucky to be born in Hellas, Hekate’s place and be next to Her. And I thank the Goddess for that, I also feel the same way, but everyone can have a connection with the Goddess, from all over the globe. Many people have succeeded and I have been inspired by them a lot. My final word is that everyone can take books of Plato, Aristotle, Diogenes Laertios, Epictetus, Seneca, Cicero, Plotinos etc. and read them, try to understand them. Everyone can read ancient Hellenic history and fall in love with that world. It is worth it, a million times. You will discover instructions on piety, theology, spirituality from Aristotle who is the most logical man, to Plato’s metaphysics and the theurgist Iamblichos’s mysteries.