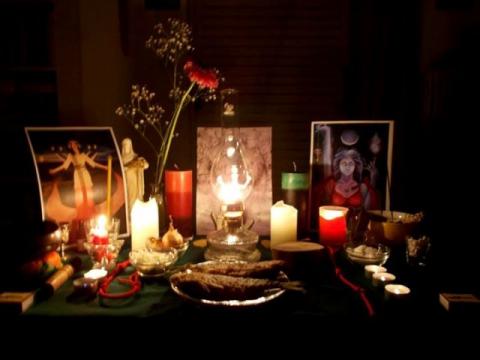 In the supper, special foods were laid to the Goddess. Some of them were: cheese, garlic, fish, pies, sweets, eggs, olives. It has been suggested that in breads or cakes or sweets, they put candles, so that the spirits or the Goddess will find them. Today, other special offerings include: onions, pies with honey, beans, raisins etc. Check the Covenant of Hekate website for more and the offering recipes that Eirini has written.

This old custom was very widespread in the ancient classical, hellenistic, roman and byzantine period. Hekate is strong again and more and more devotees of Hers follow the tradition by offering-donating food to pets, to people, to charity organizations or they actually put offerings at the crossroads, at the threshold of their house, at their outdoors or indoors altar. This religious custom was a very famous one, as we also read in Aristophanes. The poor citizens used to eat some of the offerings. After cristianity was established, Hekate's deipna were continued in Hellas until 11nd century a.C. In the Hymn of Demeter of Kallimachos we read that Erysicthon was cursed by Demeter and he was eating continuously. He ate his personal fortune and then from reastaurants and from the crossroads. In Theocritus work Idylls we read that the Witch Simaitha is binding her lover calling Hekate and she is making offerings at a crossroads when she heard the dogs barking. This is still a sign that Hekate came to your place.

Today, many Witches, offer deipna to Hekate during the Dark Moon esbat and they left them in a crossroad, as it was used to in ancient times. I have been amazed of how new devotees of Hekate systematically celebrate Deipna. There are some pretty interesting description concerning what is happening to those suppers today. You can read a good experience in the book: Hekate, Keys to Crossroads. Some witches use to donate food or money in Her name, remembering the ancient times. In the Covenant of Hekate we practice the celebration of Deipna during the dark moon or one day before. It is a part of the dark moon ritual. From the morning of the same day we cleanse the house and then we do energy cleansing. Those preparations are essential because Hekate will visit the house during the ceremony. Members of the Covenant of Hekate celebrate officially Hekate's Deipna and they post their photos on facebook. A video slideshow had been created and posted on youtube. Those acts motivate people to honor the Goddess besides daily and monthly every Dark Moon. The chthonic aspect and the underworld aspects of Hekate have been related with Deipna. 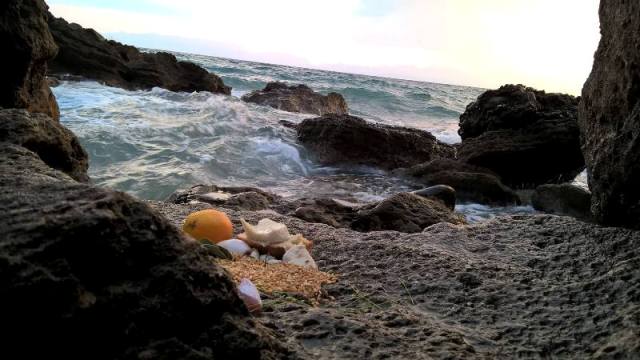 Celebrating Deipnon in the sea rocks 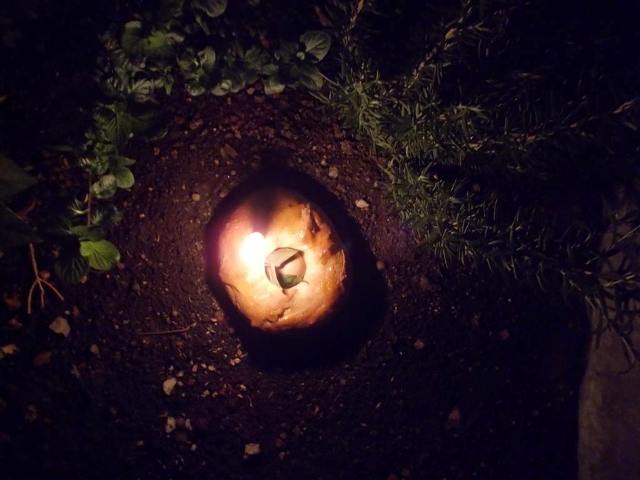 Releasing Deipnon with a candle so that the spirits will find it.

14 days until the next New moon