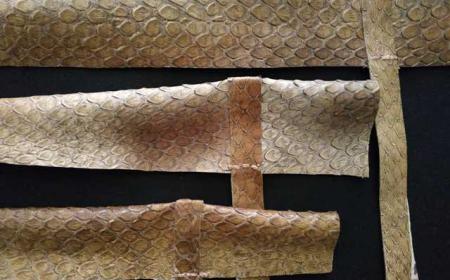 When the witch creates his/her magical tools for ritual uses, the next step is to create cases for them. A black cotton fabric case for each tool protects it from unwanted earthy energies when the tool is not used. So, it is common to sew our own fabric cases for each tool. Some witches take it a step further by attaching them to their belt. Others, like me, prefer to lay them on the altar and remove them from the cases when the ritual is about to start. 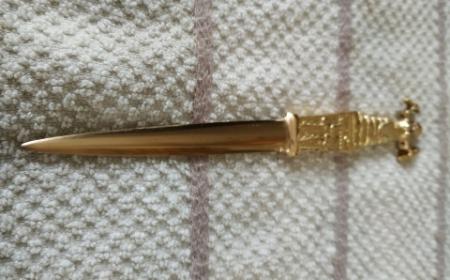 If you want to work with the faeries using faerie/fairy magick you need a bronze athame. So, I had to buy bronze and make it or find a bronze knife. I had worked with bronze before, so I have the knowledge to make a knife from metal. I was going to a meeting and I passed through an antique store. Something made me stay there and see the items. I found some old letter opener knives, which were in terrible condition. After finding one that is linked with Hekate and the ancient Minoan civilization, I made an offer to the seller and I got it at a reasonable price. Its main flaw was in the bevel close to the base of the ricasso. 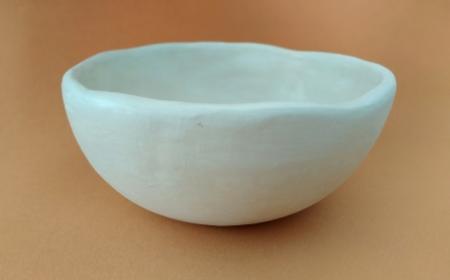 I always wanted to have one censer from clay, as it is a ritual item that can be found in houses of ancient Hellas, but I couldn't find one. I continued to search for this censer, but I had no luck. I could make one from air-dried clay, but it wouldn't last. So, I eventually gave up. Without a pottery oven, you cannot make usable clay. 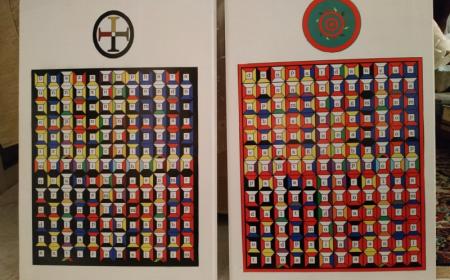 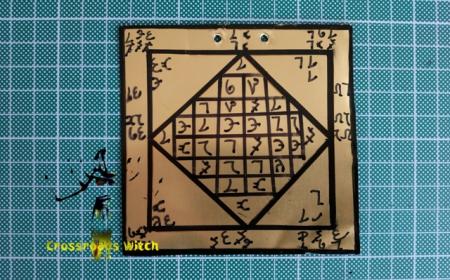 The Ensigns of Creation are seven planetary talismans, channeled through Edward Kelley. Initially, they were written in Latin, but afterward, angels instructed Dee to make a new set in the angelical language. The preferred way is to use tin that you will purify. Five of the ensigns are squares and two are circles. Each talisman is connected with a planet, a king, and a prince. They were put around the heptagram of the Sigillum Dei Aemeth starting from Venus, moving to Sun, Mars, Jupiter, Hermes, Saturn, Moon. The Holy Table, the Ensigns of creation, and the SDA prepare the ground for the operations to be holy. 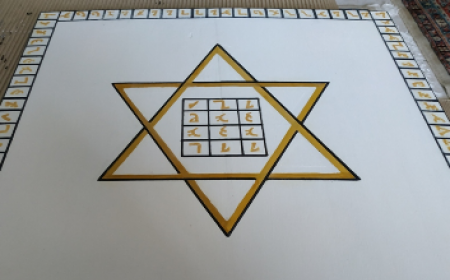 The Holy Table of practice is the altar surface for Enochian or angelic magick. It is the instrument of conciliation, bringing together earth and heaven. It is the safe area to put the Sigillum Dei Aemeth and over it put the scrying device for spirit communication, specifically angelic communication, scrying, and magick. The context is similar with other grimoires like Trithemius Art of Drawing Spirits Into Crystals and the Almadel (which also contains the hexagram), which was studied by John Dee, who with Edward Kelly were instructed to create this table from the angels and perform their sessions with it. 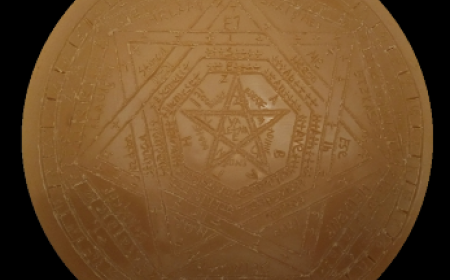 The Sigillum Dei Aemeth (seal of true God) is the symbol of the universe. It is a very complex pentacle, used in Enochian magick for creating a sacred space around the scrying device for spirit vision or scrying, thus communication with the unseen world, especially the Angels. It is an important part of the Enochian magick and maybe the most needed tool for a safe operation. Edward Kelly saw the angels showing slowly the letters of the SDA and transmited them to John Dee. John Dee respected this seal and carried it around in his journeys. If you can make one out of beeswax go for it. 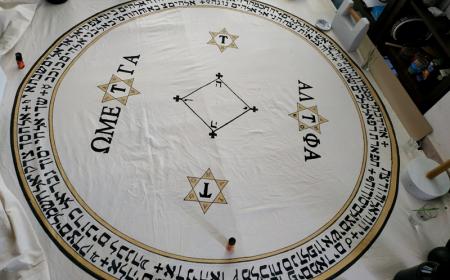