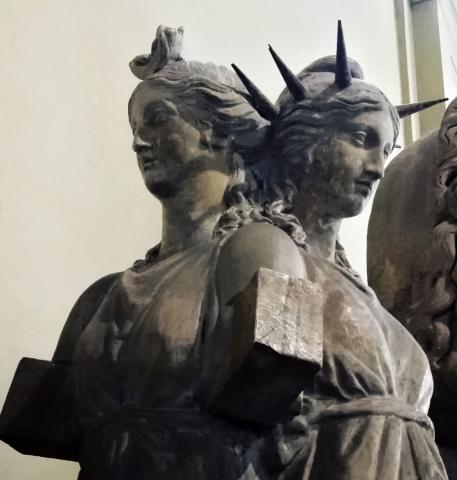 Ancient Hellenes considered the Moon as a gate between life on Earth and death. The Moon had two gates, which were called Makrai Pylai, Long Gates. The one that leads from the Moon to the Earth, the Hyposelenia Zone, the zone under the Moon. The other Gate that leads from the Moon to the Sun was called Hyperselenia Zone. The first Gate was taken by the souls for incarnation, their return in Earth. The second was taken by the souls that were dead, they came to the Moon and then they should experience a second death to divide further so that one part will stay to the Moon and the other, the mental/intellectual part will go to the Sun.

The Long Gates are controlled by Hekate. In the Moon, there is a hole or a hidden place where the Goddess controls the process of incarnation and death. She also prevents bad souls to return to the Earth through the first gate. That's why we see Hekate being mad or scary people. Due to the responsibility of Hekate, She is the Keyholder, the Goddess of the Threshold, the Gatekeeper, the Psychopomp, the Goddess of the ghosts, daemons, spirits, angels etc. Why ghosts and spirits? In the Moon, we have the daemons and some of them are invoked during rituals, oracles and sometimes they come by their own to help and prevent something. They pass through the Long Gate of Hekate, to the Hyposelenia Zone and they arrive at the Earth. That makes her the Goddess of Magick, not to mention that by definition a Moon Goddess is a Goddess of Magick due to the effects and the visual importance of the Moon to humans and to all creation. 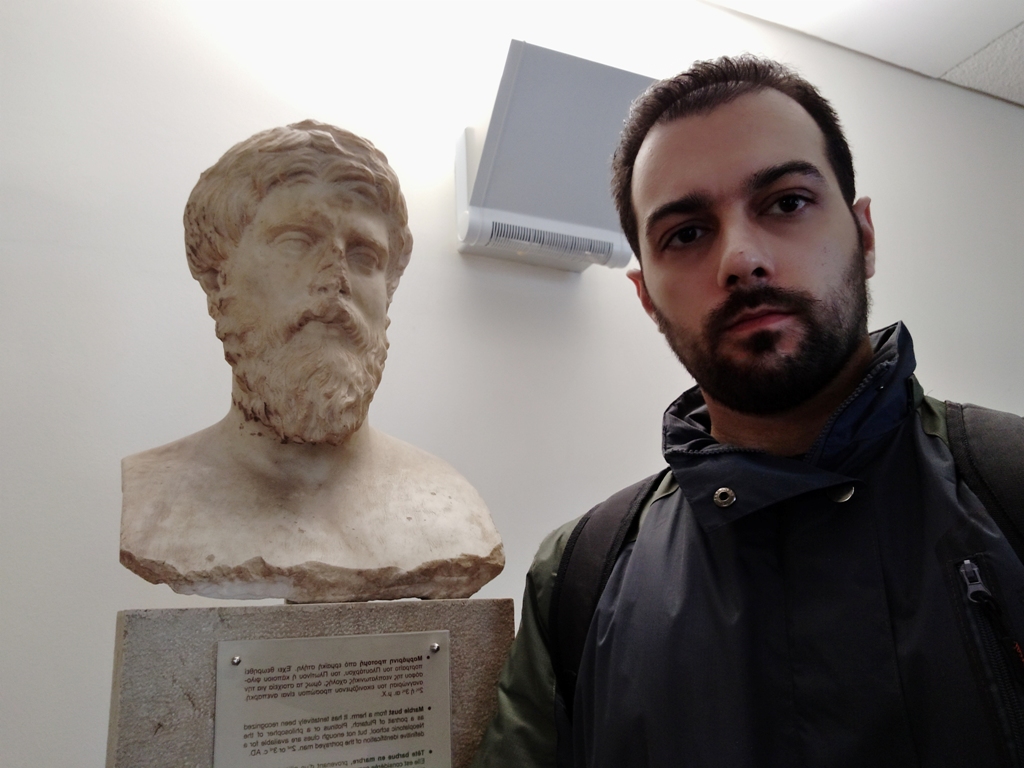 In other articles, we have seen the role of Hekate as the Cosmic Soul and how She creates souls. Some people tend to believe that if Hekate is the Goddess of Hades (the Underworld), then She can't be the Goddess of creation. Let's see. Since She is controlling Hyposelenia Zone and She shares the epithet Monogenes with Persephone (we have identification) and She is identified with Eileithyia (identification through kourotrophos), then in the Moon, She is creating the new souls. When the soul has stayed in the Moon for a while, the other part that had sent to the Sun is returning and Hekate unites them back, chooses a body and send the soul to the earth through the Long Gate. Persephone and Hekate share the epithet Monogenes. Monogenes means not only the only child of a marriage but in a deeper essence, the only one left, the one who is alone. This is the mental part of the soul (energetic mind) that was sent to the Sun, as this is the purest form of energy. Energy concrete, pure, eternal. With this energy we can understand everything and do anything. This is Aristotelian teaching on the active mind. This part is unchangeable, immortal and divine.  For Platonic philosophers:

The immortal part (logistikon) has been given to us by the Cosmic Soul, as a light of God, which we carry and this part is our true self. As we read on Eirini’s article on The Hermetic Tablet (Summer Solstice 2017): “The Cosmic Soul sends its light like glowing to the human souls… Each man has a divine part inside him, the same divine substance of the Cosmic Soul in the same form.”

With Hekate and Persephone we have the mix of the soul and the active mind and with Eileithyia the birth of the child, thus the final stage of incarnation, which is the birth in a human body.

What about the Elysian Fields, Tartar, Purgatory and the Court that we know from another article? Those are places or states in the Moon, the land of Persephone. For those who still wonder if we are talking about the actual Moon or why in Mythology we read about rivers and forests in Hades, then we should imagine that ancients used poetically descriptions for states of mind after death. The soul keeps the outer appearance of the body, but it doesn't move to another visible area or the actual planet of the Moon. For those who have trouble to understand, instead of the Moon, they should imagine the lunar sphere of Yesod and this is enough for now.

Photo1 credit: Katie Olivia, (Instagram: katie.olivia92) The photograph was published with her permission. If we accept that the spikes in the second phase represent the Sun, then we have the Moon and the Sun at the same statue. Energetic mind (Sun) and Passive mind (Moon) as we see in Aristotle, the parts of the soul. Soul and Mind, the second death in the land of Persephone, the Moon. Hekate with spikes is Nous/Mind, the eternal energy we have from the Cosmic Soul, the Goddess. Hekate Monogenes, because this part will stay after our second death and will follow us forever. It is our higher and true self. In this depiction, we see the face of the Long Gates. One to the Sun (Hyperselenia Zone), one to the Moon (Hyposelenia Zone), life and death or life eternal.

Photo 2 credit: Constantinos with Hierophant and Middle Platonic philosopher Plutarchos at the museum of Delphi.