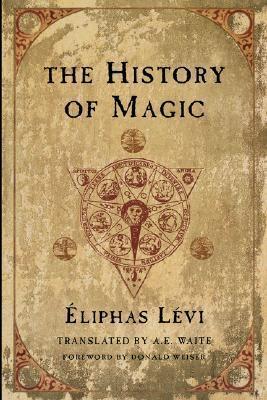 He mentions the grimoire of Pope Honorius III, but he believes that it was written by Cadulus, someone connected with Pope Honorius the II. He characterizes the book as a monument of human diversion because it presents the devil as an organ of power. Later, he mentions that all ancient initiates never wrote their dogma, but they enclosed in symbols and symbolic characters. In chapter two he writes about the Bohemians, the gypsies, as them being nomads of a bad civilization and habits, as the bodies of the antichrist. Then he praises Raymond Lulle. In that chapter we see that Levi didn't understand Aristotelic philosophy and ancient Hellenic language, as he disagrees with Aristotle on something he mistranslates. Next on the row are some of the alchemists, Flamel, Tritheim, Agrippa, Postel, Paracelsus. He doesn't mention much about each of them, but most of his texts, are nice to read.

In the chapter of the Medieval Witches, which are called in the text as goes (from goetia) he mentions Loutheros, the leader of Protestants and he characterizes them as Muslims, descendants of Cain, followers of the devil, etc. Then he mentions the Rosicrucians as the oldest school of illumination and high magick of Germany. He stays on Eric Knunrath, a doctor, chemist, and theosophist (his term) of the 16th century and then he mentions a Rosicrucian poster in Paris in 1623. He mentions that they gathered in the pyramids of Egypt, they knew everything that happened in the world, they had no human needs, they read minds, etc. Now, let me ask you if those things have anything to do with Medieval witchcraft because I see no connection with history or reality.

Chapter eight is entitled "the magical origin of freemasonry". The founder of this tradition is either Kromvell or the masons of the metropolis of Strasburg. An example of freemasonry is the templar knights, the Rosicrucians as fathers, and Ioannites as ancestors. They follow the dogma of Zoroaster and Hermes and they are the carriers of the school of Alexandria, keepers of Revelation and Zohar. Now, I am going to stop there, because I had interactions with freemasons, and those things that he mentions seem totally opposite, contradictive, and crazy. For those who are interested to read the "rebuild of the temple of Solomon" and its myth, they can read that chapter. But, if the Ioannites are the ancestors, freemasonry is the continuation of that heresy.

This book examines magic in the French Revolution. In the beginning, we read some weird views about the Chinese (he is off the subject again), but he attributes to Confucius the Kabbalah in China. He then mentions Swedenborg as a good prophet of bad illuminism, though he is dangerous, delusional, etc. just because "if a man says that is in a position to contact with heaven he is replacing church's teaching and progressive initiation with delusions of enthusiasm..." He considers him as a Kabbalist who built a very bad, dangerous teaching. Mesmer was his student, who found the "universal factor of life and miracles". I am going to stop for a minute and say if this is true, then how a good result had come from dangerous teaching? He is praising Mesmer by writing that he is Prometheas, who gave fire to the humans. He is supporting him more and more in the next paragraphs.

18the century is characterized by Levi as the century that people believed much in magic. Firstly he presents Comte de Saint Germain, a man who could make crystals and colors look shinier. He had a circle of students, from whom he asked total obedience and he was teaching about a kingdom of Solomon and Melchisedek. Levi considers him a good chemist. Then he mentions the Hellene, Laskaris, who had discovered to create gold and he also had his circle of students. Then we have Cagliostro, a student of templars, who addressed all masons of London that it was time to rebuild the temple of the eternal. He was a black magician, according to Levi, as all templars. Now, if we remember what we read earlier, templars were an example of freemasonry. Cagliostro brought new teachings in masonry, from the Egyptians. He used women for hydromancy. He considers Cagliostro a successor of Mesmer and a medium too, but in the end, he was judged as a criminal.

In his examination of the Napoleonic period, he mentions Mlle Lenormand, but he writes awful things about her and he states again his hate for cartomancy, not to mention that he writes that cartomancy is done with the help of signs which are "developed through kabbalistic numbers". He has no idea about cartomancy! In the beginning, he writes that a young gypsy told Josephine that she will be an empress and then he describes Lenormand as a very ugly fat lady. In reality, Lenormand is the one who told Josephine her future, she wasn't fat at all and she wasn't a gypsy. He describes Lenormand as a dizzy crazy woman. In a later chapter, he writes down his impressions of the mage Edmond, who he actually liked!

In the fourth chapter, he mentions an incident of a vampire in Myconos island and how it was finally killed after many failed attempts. You should read it.

"Magical science is the absolute science of balance. The science is essentially religious, the first to form dogmas of the ancient world and thus the feeder and mother of all civilizations."

Another conclusion we read towards the end:

"Humans are magnetized as the world and they radiate their light as suns. Some absorb and others send it to a higher degree. No one is cut from the world. Each human is an organ of fate, an organ of Divine Providence."

He ends his work with

"The history of Magic had the purpose to prove, from the start, the great symbols of religion were and are the same of the hidden science. May in the future, religion, and science, be united, and support each other, love each other like sisters because they have that cob."