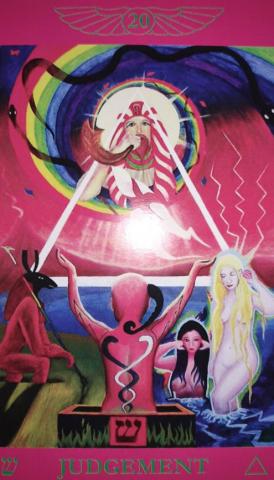 In the previous article, we saw the basics of pathworking, and as we are on a website on Hekate's cult, we will see a pathworking of the tradition of the Golden Dawn to the path of Shin, from Malkuth to Hod. In Israel Regardie's book, A Garden of Pomegranates, there is a good material of Hermetic Kabalah. Ciceros have added more material in the classical books of Regardie, upgrading them to ultimate tools for the student who is eager to learn about the tradition of the Golden Dawn. Unfortunately, in my country, these books have not been translated, but this is not a problem for us who can read English books. After learning the basics of Hermetic Kabalah from various books, and understanding the sephiroth and the paths (navitoth) of the Tree of Life, the student starts to work with them through a series of pathworkings or he learns by heart the correspondences or both. So, in the 31st path of Shin, there is a pathworking related to the Samothracean Mysteries, in which Hekate played a part.

The path of Shin is related to the 20th triumph of Judgement. According to the system of the Golden Dawn, we see the Kabeirean mysteries in the depiction. So, the main message of the card is the initiation and spiritual growth. The rebirth of Shin passes through the fire, like the mythical phoenix, the bird that is born again from its own ashes. Fasting is also important before initiation and this is present as an element in that pathworking. We also see the lion, an animal associated with fire. The initiate wears an olive branch in his head, which was a symbol of the initiation and you should see that the priests wear to you a red ribbon to the head, another classical symbol of initiation to the mysteries of Samothrace.

The pathworking I suggest and comment can be found in "A Garden Of Pomegranates" annotated by Chic and Sandra Tabatha Cicero, published by Llewelly in 1995. It is a 7-page pathworking. You memorize it and then you do it every day, at the same time, in your quiet room. I strongly suggest taking your time and work with previous pathworkings before trying this one. Working with Hermetic Kabalah is a conscious choice.

The practitioner enters the astral temple of Malkuth and calls the archangel Sandalphon, who is taking him to the north-east side of the temple, at the door of Shin, before the veil of the Judgement triumph. He holds a talisman of a fire triangle and the wheel of spirit, because those two are the symbols related to the path of Shin. The practitioner enters a Doric temple seeing the three altars of Kabeiroi. The Mysteries of Samothrace were of the oldest in the ancient world. Kabeiroi were considered Gods of Pelasgoi, so very old, more than the archaic times and closer to the mythical times. Apollonios Rhodios writes that the crew of Argo stopped to Samothrace to be initiated into the mysteries and according to Pindaros, many of the heroes of the Trojan War.

Kabeiroi were seen as sons of Helphestos, thus daimones. Their mother was Kabeira, thus the name Kabeiroi. They were worshipped in Lemnos, Imbros, Thasos, Thebes, Pergamos etc. In the rituals of Kabeiroi, the fire was an essential element. According to Mnaseas and a commentator of Apollonios Rhodios, the names of Kabeiroi were Aksiokersos (Αξιόκερσος), Aksieros (Αξίερος) or Aksiaros (Αξίαρος), Aksiokersa (Αξιόκερσα), the female and Kasmilos or Kadmilos (Κάσμιλος ή Κάδμιλος). In the pathworking, we see three altars, for the first three Kabeiroi as the fourth one is the candidate, the practitioner. Ancient Hellenes didn't use the names of Kabeiroi during their invocations and this is something we see in the pathworking. Herodotos, the father of History, was initiated in the Mysteries of Kabeiroi and he connects Hermes with them. Platon believed that the initiates came closer to the Gods.

He follows a lion and then he sees two statues. As he walks, he finds a crowd of initiates in Samothrace, outdoors, around olive trees. This is the forest of Demeter. People celebrate, hear drums (association with Rhea/Cybele), dance and the practitioner follows them as a candidate of the mysteries. Torches are present. Each one takes a torch and they move to the cave of Hekate. Hekate was worshipped in Samothrace with the name Zerynthia and there was a cave of Her with that name. Zerynthos (Ζήρυνθος) is a city of ancient Thrace by the Aegean sea. It had a temple of Apollon and an antron (cave) of Hekate (Lycophron 77), called the Zerynthion Antron. Sacrifices for Hekate were dogs. Hekate was called Zerynthia and Apollon Zerynthios at that city (Folk and History Lexicon of Thrace, Papachristodoulos, 1963 and Harpers Dictionary of Classical Antiquities (1898). The existence of antron of Hekate is also verified by a text of 1568 by Stephanos (On Cities). According to Suidae Lexicon, Aphrodite was also worshipped in Zerynthos. She was also called Zerynthia, like Hekate. It is also written that Mysteries of Hekate were practised in this antron. So, whatever follows in the pathworking, in the cave, is an initiation through Hekate. 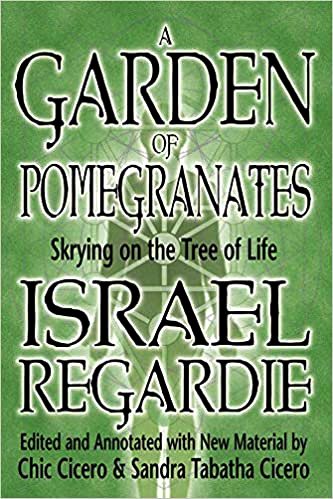 The practitioner enters the cave of Hekate. He goes into the earth following other candidates, holding a torch. The cave is hot. Fire, hitting the iron, acidic odours, etc. He starts to sweat and he feels a little fear. Originally, the cult of Kabeiroi was considered a great deal, because Kabeiroi were known for punishing bad people.  He arrives in a big room with other people, the priests who are going to initiate him. Hot fire and incense are very present. He wears the clothes of initiation, a purple trivonion (the cloth of the philosophers). The first priest is Koes (Κόης) or Koies (Κοίης). He says to him not to be afraid of the darkness of the underworld. He asks to say something to him, something that is a burden for the candidate, something that troubles him. The priests of initiation approach him. He sees a lion, a symbol of the path and then a sphinx, a symbol of death and life. The priests grab the candidate and throw him to the fire. He feels pain, but he is cleansed completely. Sins and toxins are burnt. The sphinx tells him some Platonic and basic Neoplatonic teachings (the En (One), the Nous (Mind)... This is the first time we hear in the pathworking that Hekate is the giver of life. If this sounds weird to you, you should read the articles on the website on Cosmic Soul.

After the cleansing, the body is read from the burning. The priests take him out of the fire and wrap him with a purple cloth. They put an olive branch into his head. The sphinx appears again to continue the teachings. He learns that the soul comes from God and it is immortal. Hekate's left flank is the source of virtue and in her right flank is the stream of soul generation. Rhea/Cybele is the source of intellect. Then he sees Hephestos. The priest gives him an iron triangle. He then passes a flame into his heart, a flame from Hephestos. This is a symbol of civilization, which is a symbol of Shin and if we become better people after initiation, then we succeeded to pass the lessons. With civilization, we become better people. Originally, the initiated men took the oath to keep secret what they learnt from the teachings and to be a virtuous man.

The initiate returns back to the surface, to the olive trees, then to the Doric temple and the astral temple of Malkuth.

If you want to be as accurate as possible, you should see four altars in the doric temple, because the Kabeiroi in Samothrace were four. When you arrive at the festival in the forest of Demeter, you have fasted, so no bad eating habits before the pathworking. When the priest gives you the olive branch, see that it wears to your head a red piece of cloth, which has protective qualities. Do the pathworking for 9 days straight, because it is believed that the mysteries of Samothrace lasted 9 days. I suggest working with each pathworking for at least 1 month. If the burden you confess to Koes is troubling you, see a mental health counselor as you practice the pathworking. Accompany this inner transformation with actual spiritual work in the physical plane.

To be clear, Judgement in Tarot doesn't mean initiation, but in the system of the Golden Dawn this is the meaning. In the depiction, we see the resurrection of Kasmilos. Other meanings are a sentence after a judgement or a decision. In the French school of cartomancy, judgement shows a very difficult decision for the querent, that has to be made. A new phase, healing, a new start, evolution, announcement, revealing secrets, a birth, something going public, a spiritual growth, delivery of a decision etc.