European Witchcraft is one thing and what is written and believed about European Witchcraft is another, totally different thing. This happens for two reasons. Either the educated people were totally ignorant and they feared Witchcraft or because they wanted to promote Christianity and thus everything else should be considered as an enemy. In some cases, we clearly notice that until our century, priests are totally afraid of Witchcraft and they try to exorcise it in every way they can. Books, texts, lectures, church meetings, shows, tv appearances, etc. The enemy is still here and it remains as fearful as it was in the Middle Ages.

One such case is Montague Summers (1880-1948), the former Anglican deacon and later Catholic deacon, who is considered to be a historian, a theologian, and an expert on the subject. In 1928 he translated Malleus Maleficarum into modern English, read most books on Witchcraft and ceremonial magic. He worked as a Latin and English teacher and he edited books of literature, especially poetry, gothic literature, and theatrical works. He published articles in the Occult Review magazine and he wrote a number of books on Witchcraft. These books are still in circulation from Dover publications although, the Catholic church didn't approve them and we have some writings from Catholics against these superstitions and witch-mania, but they accept that there is some importance in his work, as Catholics still believe that European Witchcraft was a heresy of the devil. He was a man who loved reading and he had no problem quitting his job to start his writing career against Witchcraft. The weird thing is that the publications have not attached an introduction or comments to the ill views of Montague Summers and thus, someone who will read this book first, any other book will look to him as a lie.

The Book Witchcraft And Black Magic 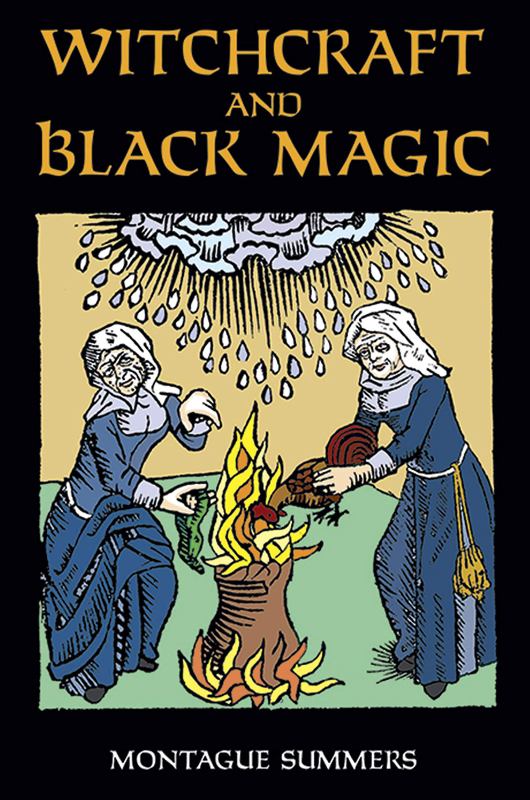 Some years ago, I bought from a big bookshop in Athens his last book "Witchcraft And Black Magic". Note, that in Hellas/Greece it is very rare to find even one book on Witchcraft and until now, the English books in Witchcraft that someone can find in any shop are less than 10 in total. So, the book expert of that bookshop has chosen Mr. Summers as the expert on the subject (sic). In this article, I will present the main views from that book, which are mainly the Christian views of the West from the Middle Ages until the 18th century. Sadly, in Hellas, the Christian propaganda is still based on these views, although, no priest is so knowledgeable as Mr. Summers.

From the first reading of this book, we can see that Summers not only believed what he read, but he was afraid of Witchcraft to the point that he had to devote his life writing about Witchcraft to save people from this heresy. The book is full of texts from books that all agree with the Christian propaganda, with confessions that were taken through torture and Mr. Summers accepts them as true. We can see that his way of thinking and working with the sources is nothing else but non-scientific and now comes the question, how people considered him as an expert or a historian on the subject? And there are some weird things that the witch who reads this book will notice. Summers has no problem reading Grimoires, old and new, the works of A.E. Waite and Francis Barrett, but he seems not to consider them as heretics or Satanists or witches. He also writes nothing about Christian magick and Christian spellcraft, avoiding another big subject of European Witchcraft. Probably, because this would be an attack on Christians and this didn't suit the church.

Going back to the book, it was written in 1946 and there are some valid thoughts that he knew Crowley. He doesn't mention him or his works, which is absolutely crazy. He doesn't mention any of the secret societies besides the Hell-Fire Club and he avoids addressing the modern magick of his time. He also doesn't mention any of the divinatory systems, like Tarot. He also doesn't mention spiritism, which was hugely developed at his time. So, he avoids mentioning several branches of Witchcraft, proving that he has the wrong idea on what is occult and what is not. To prove that, we see on page 17 "ancient spells and charms, a knowledge of herbs and planetary influences- these are neither witchcraft nor magic, but leechdom. No conjuration, the evoking of demons and malign spirits, is involved." Clearly, Mr. Summers had no idea on his subject.

Let's see the main teachings of this book and remember, these are nothing more than the fantasies of the educated people who spread the witch-craze and killed thousands of innocent people.