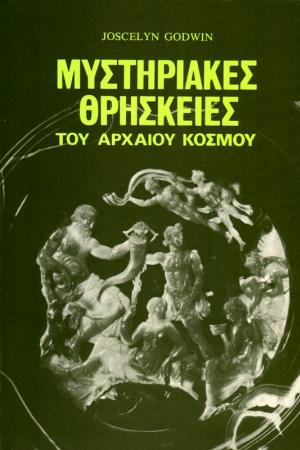 Joscelyn Godwin is a music composer and a famous writer in occultism, who left a great work for us to study. This is an interesting old book, published back in 1981 by Thames & Hudson. It is for anyone who studies ancient religions with an emphasis on mystery cults, and especially for those who have read Platonic texts, as in the text of the book, you will find that you will agree and follow the thinking of the writer in many cases. The book presents specific ancient cults, but before that, there are introductory chapters to prepare you to understand better the atmosphere and the need for their existence. The reader who seeks to find analytical explanations of ancient cults should look to another book, as in that book there is only a small introduction. It contains rare ancient paintings and anaglyphs with correct, insightful commentaries from the author, so those who are interested in archaeology will find helpful this book for the selection of those depictions. This was the reason I bought the book.

The author gives you his sense of disappointment of the loss of the essence of old religions during the Roman Period and that is historically true. He is a romantic viewer of antiquity, who tries to take the reader by the hand and give him a first impression of the ancient religions. Although people are the same for centuries, the ancients had more respect for important things than nowadays people, because of the reality of dying at war at any time. So, philosophy, arts, and religion became important factors of character and society. The main focus is to investigate what exists after death. Ancient mystery cults provided an answer through drama and ritual and philosophical schools through logical thinking and theories. This knowledge was obtained after sacrifices and a change of living, doing things that ordinary people wouldn't normally do. Mystery cults had another characteristic, they provided a link of communication with the specific god or goddess and the initiate could have a personal relationship with a deity, the same thing we do today as devotees of Hekate. The god becomes a friend and a companion in life. This means personal work through rituals at home and at the altar of that deity, the same thing we do today as devotees of Hekate. "The magician tries to know the spirit of God, as it appears in outer cosmic forms" and as we read in Philon "when the soul, who loves God, searches the nature of Being, it makes research of unformed and invisible (De Posteritate Caini 15). Similar things we see in Pythagorean and Platonic schools with the teacher sharing a glimpse of his illumination to his students, documented within the theories of the school. Those teachers had contact with their Higher Self and their inner daimon, achieved through exercise and study, which made them men of virtue and goodness. The author explains that the snakes around the rod of Asclepios symbolize the complex currents of the body and the movement of the soul to its was of evolution. Now, imagine how king Ioulianos felt when he went for a visit to the temple of Apollon in Daphne of Antiocheia, and instead of seeing a full temple of devotees and citizens, he found one priest sacrificing a hen and no one else. The bad thing is that the Roman emperors believed that they were in contact with their daimon, and we know what happened.

At the end of chapter four, we read about Hekate. She is the goddess of cemeteries, magickal ceremonies, three-way roads, of the earth and sky, the moon having a triple form, and having power on hurtful powers. The author states "you should have a good relationship with her". Pretty accurate description, of Her earlier properties.

Chapters six, seven, and eight examine mystical traditions in Jewish and Christianity. In Jewish, it started with the influence of Hellenic philosophy, with some of the Jews seeing the Old Testament with an allegoric eye and thus creating Kabbalah. He presents the story and the paradoxical teachings of Gnosticism, a subject I am not going to engage.

The first ancient mystery cult we see is of Mithras and Aion. Mithras is a Persian god, lower than Orosmades, who came to earth on December 25, made great things, had his last supper with his students, and then returned to heaven. Christians saw his story as a prank to their religion. It was an initiate cult, with frequent rituals of a small number of members, rich in symbolism. Only men could be members of this community and it was a sun-worshipping religion. Mithras is expected to return to us to judge humans and lead them to immortality. Aion was one of his higher expressions and we see that he loaned a lot of things from the Orphic religion.

Cybele and Attis is a religion friendly to women. The Romans established a temple on the hill of Palatino for Her and they celebrated with sacrifices and pomps the cult. The follower was reborn, just like Attis, in a bloodbath during the sacrifice. The priests were dressed as women to honor Attis and the celebrations started on March 15th and ended on March 25th representing the death and rebirth of Attis. April was also a month of celebrations to honor Cybele in Rome.

The cult of Isis, Osiris, and Serapis was one of the most famous in the Hellenistic Era and later the cult of Isis was widespread in Hellas and Rome. The Romans forbade it five times, but the charm of the Egyptian cults was very strong in rich Roman society. At that time, Isis was seen as a Goddess that incorporated all female goddesses of different nations. Isis and Osiris were believed to be humans who later became gods. Serapis was a god revealed in a dream to the Hellene king Ptolemy the savior and was connected with the cult of Isis. He had characteristics of Zeus, Pluton, Asclepios or he was another form of Osiris. The rites of Isis didn't contain animal sacrifices and we saw the use of musical instruments.

Dionysos or Bachos or Zagreas had rich mythology, full of symbols, death, and rebirth, which provided inspiration to different ceremonies of his religion. The initiations were based on actions and magick. His cult was full of ecstasy and mania through dance, music, hallucinations, etc. He was born as a child of Zeus and Persephone. Titans ate him. Zeus created humans with their ashes, and so we all carry Dionysos and the energy of titans. He was born again from Zeus and Semele and he went to the Underworld to take her up to Olympus. Then he traveled all the world to spread knowledge and his mysteries.