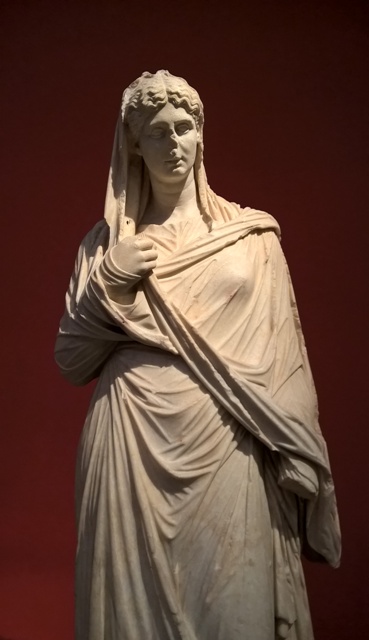 This is a sacred place for devotees of the Goddess Hekate and witches who want to learn more about the Goddess. In 2015 we started writing a blog as an act of devotion towards the Goddess. During our research of ancient texts and modern studies, we found things we couldn't entirely keep for ourselves. The articles were evolving, became longer and more sophisticated. Over the course of three years, we wrote more than 150 articles focussed on Hekate. At that point of transition we had to make a decision. Either we would continue writing for the old blog, where most of our articles were buried under the series of articles, or we would create a new blog, with expanded features such as an updated taxonomy with a search option, user registration and authentification, and a modernized layout with dynamic content, allowing commenting, etc. We decided to create a dynamic, responsive website, and so we have the Crossroads Witch.

Niether of us are easy going persons. We do things that normal people avoid to do and we don't do those things to be different than others, we do them because we believe in doing them. Our ideas are our causes of living. We live for our ideas and we like to express them with passion, fire, sword and spear. We believe that modern practitioners of Witchcraft and Magick, should make that journey by having with them a triangle,  to use like a compass or a thread when they enter that labyrinth. This triangle consists of history, mythology and philosophy. If you want to see it as a square, add archaeology. This is our way and this way you will see in the approach you will find in the blog. The triangle can be expressed as a three ways crossroads. The meeting point of its three sides creates magick. This is why we have the name Crossroads Witch.

We had the good fortune to be born in Hellas, and are proud of our hellenic heritage. We went to public school and learnt history. When we entered the University we continued reading history, language and mythology. History lead us to the study of philosophy and philosophy back to history. This route brought us through the ancient texts of Herodotos, Thucydides, Plutarch, Thales, Pythagoras, Empedocles, Democretos, Platon, Aristotle, Theophrastus, Plotinos, Epictetos, Seneca and many others. In those texts we find not only our national identity, but also the wisdom of the old ages, another mindset, which we try to incorporate in our daily lives. So, we both are influenced by Platonism and Neoplatonism, two philosophical currents with devotees of Hekate from antiquity. So, why not today?

We both see Hekate as the Cosmic Soul, in a way that Her devotees saw Her in the past. We live with the idea of the two worlds, the intelligible and the sensible (the world of senses), the connection between them and the participation of the species of our world in the world of Ideas, as Platonists did in the past. Plotinos teaches through his Enneads that "if bad exists here then it necessarily circulates around this area and since the soul wants to avoid bad/evil, we should try to escape." What kind of escape do we seek? This is answered by Plato: "to be similar with the God", and to achieve that "we should be just, be respectful towards the God, be prudent and virtuous. But if we want to become similar with God by following the Virtue, is there one God that has the virtue? And, of course, on what God we would look like? Shouldn't it be the one who has the highest level of those qualities, that is the Cosmic Soul and the Hegemonicon part of Her, in whom all this admirable wisdom exists?" (Enneads I. 2. 1)

Our goal is to provide valid information for our readers, thus for the community of the Goddess Hekate. Our English isn't the best, but we try our best every time. We would like to see more devotees being motivated and thirsty for knowledge and education, based in actual ancient texts and not modern hypothesis or UPG. When Aristotle was asked which from all living creatures is the most beautiful, he responded: the man who has his soul adorned with education. We have nothing more to add to the teacher. Just bow and continue educating ourselves.