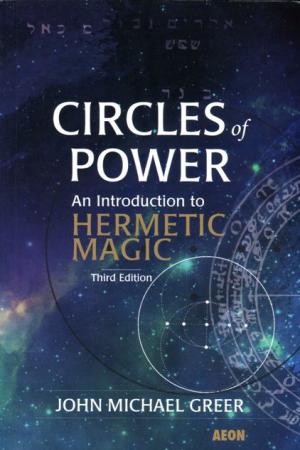 This book review is about the third edition of this book, printed by Aeon Books LTD in 2017 It is updated and better to the previous editions. The intention of the writer was to offer a practical book for beginners who want to practice the complex system of the Golden Dawn without entering an order and still they want to practice alone. A similar book to this mindset is Donald Michael Craig's famous Modern Magick, although Greer's book is closer to the Golden Dawn than being Golden Dawn-ish. It is nice that books of that type are still popular in our field. Another one is Peregrin Wildoak's By Names and Images (Skylight Press 2012). The book is not for beginners, because it doesn't provide an analytical base for them, it is for intermediate practitioners, at least this is how I see it. The book is challenging, valuable, it will take you some weeks to read it and many months to practice what is inside. You will write by hand many of the rituals if you are interested in engaging serious magickal practice on a daily basis and this makes it so valuable because it offers these rituals. After this experience, your magick will be better and you will have been another person. Anyone who has understood basic Hermetic Kabbalah, knows by heart the sephirothic correspondences, the astrology, geomancy, Hebrew alphabet, pentagram and hexagram rituals, has prepared the elemental tools and his altar, but he has no order near him to initiate, he can follow those books and this one is a great book for him.

The base of the system he writes is Hermetic Kabbalah and there is no Enochian Magick, divination, Egyptian godforms and of course lodge work. After all, the Golden Dawn material is vast and some things have to be put out in the limitations of one book for beginners. As magick is a thing you do, this is a practical book with a theoretical base on the needed things before any kind of ritual work.

In the beginning, we read Mr Greer's thoughts on magick. How western people have a difficult time to accept magick, to understand it, why the Golden Dawn system has very powerful magic, how much theory is necessary, things a beginner has to memorise (sephiroth, planets, elementals) etc. He explains that all magick happens in the astral plane and he explains in a relatively short way the five levels of experience (physical, etheric, astral, mental, spiritual) and then in a more precise way he explains perfectly their functions.

Mr Greer is a supporter of self-initiation and solitary work with the Golden Dawn tradition and this is the reason he writes this book. This is a practical book for the solitary practitioner. The book becomes challenging. It has to be that way. It is not an easy read, yet it is worth it. It is informative and practical, yet in some points, the material seems shrank and others imperfect and incomplete.

The book continues with a big theoretical part, of all the essentials for practical work. It teaches the gestures and an introduction on the following: the Godnames, flashing colours theory, Hebrew alphabet, sacred geometrical symbols, kameas. Kameas are not well explained, but rather quickly explained. For example, there is no explanation of how anyone can create kameas (planetary squares) with letters or the sigils that are needed and the sigils are present as examples. Another part is about the limits of magic or what and why some things cannot be done by magic or even tried. I found this chapter useful as those things rarely are addressed in books or courses. All the things until this point should be known or heard by the magickian, in order to proceed, else he should read other books to support the questions he will have.

The rest of the book is practical. In the beginning, the magician learns the LRP (Lesser Ritual of the Pentagram). There is a mistake in the attributions of Raphael and Michael, which is repeated and I am not pleased with the explanation of the uses of this ritual. The GRP (greater ritual of the pentagram) has no Enochian names or zodiac signs as the SRP (Supreme Ritual of the Pentagram) and its purpose and structure are the same with the SRP. The signs are not well explained. For example, a beginner isn't going to recognize the LVX signs in the sentence: "make the signs of Isis, Apophis and Osiris". Then we have the lesser Hexagram Ritual of the banishing form and no good instructions of the Greater Ritual of the Hexagram. A ritual with the unicursal hexagram follows with instructions of how to invoke the Sun and not the Moon. There should be more drawings on the Hexagram rituals. Then we have Rose Cross Ritual. In the drawing, I notice a reverse direction in the horizontal axis and this seems Catholic, but in magickal terms, I would prefer the left to right. Also, there is no reference in the invisibility properties of the R.C. Ritual. More explanation and drawings are necessary to cover the basic Golden Dawn rituals for a solitary practitioner. A big drawback is that we have no specific instructions for the G.R.H. which is a basic prerequisite for the advanced work, which is written on later chapters in the book. The book needs more space on those rituals, like Craig's Modern Magick.

Chapter seven is about the Middle Pillar. I think that this exercise should be after the LRP, but concerning the book organization, it could not be avoided. The spheres are coloured in the described technique, which I consider to be an advanced variation. Also, Daath is coloured grey, like Chokmah, but in Regardie's book, the colouring is lavender-blue. It is still a correct colour. In the last sphere, we only see the olive and black colours. The circulation of the body of light is also initiated by Tiphareth, not Kether, a variation that I don't see as appropriate. The vibratory formula is well explained, but I don't see any practical use of the projection sign when we use the formula in the middle pillar. There is also an advanced technique of 10 steps, using the Pentagrammaton after you have performed the Middle Pillar. The result is a unification of divine and earth energies to the aura.

In the next chapter, there is a short and extended version of the Golden Dawn framing ritual, ideal for solitary practitioners. The basic form can be found in the Cicero's Essential Golden Dawn, but Greer has incorporated a full elemental form to invoke each element alone or all of them in a sequence and the basic form he presents is more ritualistic. In the end, there is also the rite of Eucharist, which can also be found in Cicero's book. The use of the framing ritual cannot be overemphasised and this chapter is perfectly organized and explained.

The ninth chapter is about magickal tools. There is a consecration ritual for the elemental tools in which I found one mistake. On page 178 he states that Names of power should not be vibrated and on page 179 he states that Names of God are to be vibrated. Of course, they should be vibrated. Anyway, the ritual is very useful and well written. Concerning the Rose Cross, he suggests an easier lamen with a consecration ritual and he does the same with the magickal sword. Then we have a ritual for the lotus wand and another for the magickal mirror.

The next chapter is about talismans. There is not much information for drawing inspiration to create talismans, but the ritual of consecration is very well organized and there are two more rituals for the same cause. At the end of the chapter, there is a ritual for deconsecration. The practitioner should know how to make a talisman from other sources.

From chapter 11 things are getting serious and this is the main work of the book. The previous chapters provided an abstract of the abilities for the magickian to be ready to practice the rituals of evocation, invisibility, transformation, equinox etc. For those who are interested to practice the ceremony of evocation according to the Golden Dawn, this is the reason for buying this book and will save you a lot of time of research for digging to other books. The author provides a framework very well structured and the wording is excellent. The first ritual is about spirit communication and the second ritual is about asking the spirit for performing a task. There are great advises and measures of protection and a ritual for an exorcism. Another proof of poor editing is the small circle that we see in this chapter, which is something that the practitioner should construct and there isn't a simple table to show the Godnames in Hebrew, in English and what they mean. The reader should know the Hebrew alphabet to understand the Godnames, that's why the book isn't for beginners.

In chapter 12 we read the ritual of invisibility and a ritual of returning back to visibility, but the structure is not very good. At the end of the first ritual follows the second. This is not a problem for someone who paid attention to the writings until this point. Then we have a ritual for transformation (shapeshifting) and I doubt that anyone will use it, but it is nice to see these techniques that others avoid to speak and write about, on a modern book.

Chapter 13 is more focused on spiritual development, the main theurgy we could say... There is an example technique of using the Godname of Malkuth to an invocation ritual and a vibration ritual. The second is more advanced than the first and it leaves an imprint on the aura. The third ritual is a rising on the planes, starting from the path of Tau and moving to Tiphareth. The chapter ends with a complex lengthy ceremony of invoking the Guardian Angel. It requires strong visualizing abilities. There is a reference to the "four revolutions of the light", but I don't remember meeting this term previously in the book. It is a term used by Regardie in The Golden Dawn, 6th edition, pg. 347. The author advises to do the ritual once a month and regulate our reactions with the new energy we are attracting to us.

The last chapter is about the Equinox Formula. There is a decent explanation on the equinoxes and their importance and then we have a ritual for the solitary practitioner. A ritual for charging the scrying mirror follows. It is a beautiful ritual using the Hexagram of the Moon to bring energy from Yesod. The mirror is charged with the elemental energy, then with the Godname and the energy of the sphere, in the presence of archangel Gabriel. The third ritual of the chapter is the ceremony of descending light. There is a problem with that ceremony. It does not contain the harmonious evocation for the water and earth element, as it is considered to be obvious by the reader and it is, but since this book is a ritual manual, it should be complete. Both ceremonies are based in the equinox ritual and the writer uses them as examples to show how we can write similar techniques. Then we have the structure for the equinox ritual, the evocation ritual, the talisman consecration ritual, the invisibility ritual, the transformation ritual and the spiritual development ritual.

The book ends with an appendix with elemental, planetary, sephirotihc, Hebrew alphabet correspondences based on the Golden Dawn Kabbalah and the magical geometry used in talismans and rituals