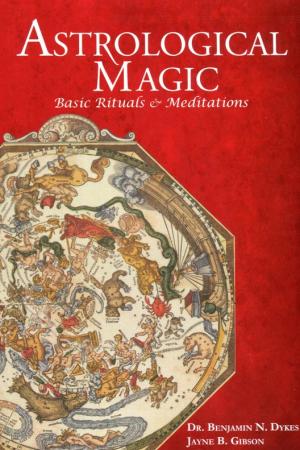 The ritual structure is based in the Golden Dawn system. The rituals are not based on difficult tools and there is space for making them complex by using the correspondences of the appendices (elements, planets and their correspondences including energy and incenses). But before the rituals, there is a brief, but a well-written explanation of the time elections. The writers have done a good job to explain the process in 20 pages, but they assume that the reader has a basic knowledge of Astrology, else why he wants to work with astrological magic?

The system is described in the first 60 pages and then the rituals follow with a slightly larger font, to be read in low candlelight. The difficulty level is high and the ritual complexity is increased after each type of rituals. For those who have worked with the SIRP and the BRH, those rites will resonate more. They can also add the LIRP or the LBRP before starting any of those rituals or change the opening ritual. The elemental rituals are the easiest and the first to be performed. Each ritual is written in 9 pages. After working with them for some months, the practitioner moves to the planetary rites. Each of them is written in 12-13 pages. Lastly, there are the zodiacal rituals. Each is written in 8 pages. Those rituals can be practised daily and that's ideal when we invoke those energies and we want to expand our aura. There are some parts that we can use for daily practice and all the parts for a profound experience, that will last less than an hour. Daily rituals include the opening, the invocation and the closing. A complete ritual includes also the invocation of the elements and the spirit and after the invocation of the planet/zodiac sign, there is a meditation stage.

The book is suitable mainly for Astrologers and Golden Dawn practitioners, but other magicians could use it too, with patience and time. Once one ritual of the same group is repeated, then moving to the next ritual of the same team is easy. It is a great source for someone who wants to work with himself and invoke the elemental energies into his life. Later, he can decide if he wants to invoke the planetary energies and for more specific results we can use the zodiacal energies. Once the person has moved to planetary invocations and he has built a strong link with these energies, he can easily move to medieval magick of charging planetary talismans. I wish more modern books on Magick could be like this one.