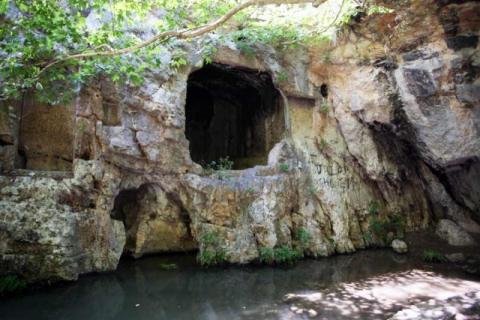 The ancient hellenic religion didn't had a sacred book to be followed. The major Gods and Goddesses were 12 and each town had its own additional Gods and Goddesses, spirits, faeries, elves etc. People saw the Gods with human qualities because the major object of the religion was the spirit and human, so we had the invisible form and the form itself.

According to the hellenic language, eidolo, είδωλο (statue in english) means:

The ancient hellenic word of art was full of daimones, spirits that are between gods and humans, full of Gods and Goddesses, angels and ghosts. Mythology, religion, writings, literature were full of them. The ancient Hellene lived closer to the astrar realm that today's human. If someone wanted to learn more about those forces, he could join the ancient mysteries. After his initiation he was a more complete human. Philosophy and gymnastics helped also the human to be more human.

But maybe all those spirits were just an imagination? Let me write a story that Plutarch describes in his book. Trophonios is a son of Apollo, the God of divination. In the very famous oracle of Trophonios where Kroisos, the king of Lydia, Mardonios the general of Persia and the Roman general Pavlos-Aimilios asked for prophecies.. someone who wanted to get a divination, he should properly cleanse himself and drank from the Lethe's water (to forget what he knew) and according to Philostratos, he should wear white clothes and hold honeypies (μελόπιτες) and then enter the cave. The cave's tunnel was so thin in a point that he querent entered by using his feet only. Then snakes surrounded him. Non poisonous snakes. A dragon voice talked to the querent. One day, a man named Timarchos, went down to the oracle of Trophonios. He stayed there two nights. He said that he left the earth and reached the sea (maybe he astal projected in the upper astral plane). He saw two rivers and a big earth gap. Strange noises came out of that gap. He heard a voide calling him:

-Timarchos, what do you want to learn?
-Everything.
-Those who live in earth know better to inform you (the God means science or philosophy), but here you are in the area of Persephone (because the Goddess used to play in the forest of Trophonios), in one of the four areas...

(The voice of the God continues to inform him about his future). Now leave and in three months you will learn a lot.
Timarchos left the oracle and after three months he died. Hellenes believe in the immortality of the soul and re-incarnation. Plato writes in Faidros "every soul is immortal".

Pausanias wrotes another incident. A Roman commanding officer in Egypt sent someone to spy on the temple of Isis. He went inside the adytum (the sacred place) at Koptos. The man saw everything. He went back to the officer, he told him some things and then he died immediately.