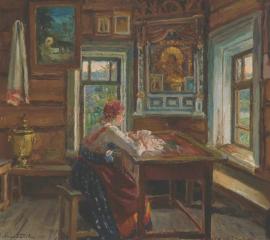 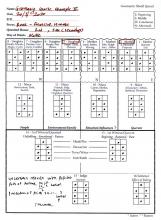 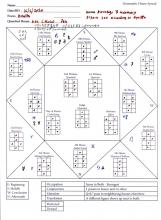 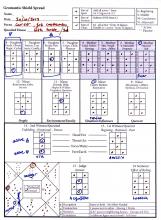 Every system of divination has some techniques to aid the practitioner enter to that mind state for divination, to receive the messages from God. In Geomancy, the other side is the Cosmic Soul, the conscious part of the world that creates the movement of the body of the world. The oracle should clear the obstacles of the mind and modern thinking as well as the rapid way of acting and thinking and the technological miracles that put us away from our initial mother, nature.

Geomancy, Geomanteia (γεωμαντεία) is a Hellenic word consisted of two words, gaia=earth and manteia=divination. Divination with earth, with soil, was a common method of divination from 1200 a.C. till the end of 17th century in Europe. It was so common to see people practising Geomancy daily that the books of the Middle Ages and Renaissance didn't contain any instructions on how to cast a geomantic chart because people were familiar with the method. Astrology and Geomancy were the most famous oracular techniques to obtain messages and guidance for centuries. The question is what happened? Why Geomancy has been disappeared from our modern occult world? And why a devotee of Hekate should learn about that method? Those are valid questions that they are going to be answered in this introductory article on geomancy. 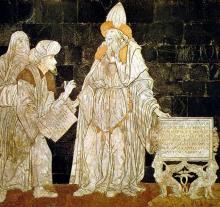 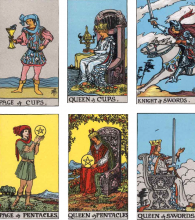 This article is part of a series searching Hekate in divination cards. The court cards are parts of minor arcana. Those court cards are illustrated with persons because they represent persons ot qualities the querent must have to solve his problem/situation. By all court cards the Queen of Cups and the Queen of Pentacles are the most relevant I could find, using the RWS deck. Let's see who is a friend of Hekate or contains the energy of Her. 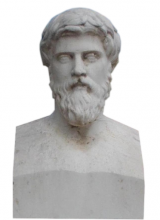 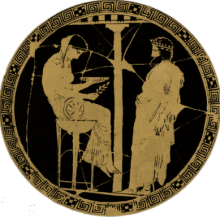 Ancient divination is based in signs. Those signs could be divided to two categories. Signs that are revealed without the diviner do any great actions and signs that are caused because the diviner did something.