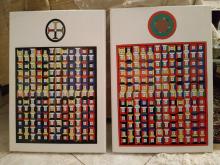 The Ensigns of Creation are seven planetary talismans, channeled through Edward Kelley. Initially, they were written in Latin, but afterward, angels instructed Dee to make a new set in the angelical language. The preferred way is to use tin that you will purify. Five of the ensigns are squares and two are circles. Each talisman is connected with a planet, a king, and a prince. They were put around the heptagram of the Sigillum Dei Aemeth starting from Venus, moving to Sun, Mars, Jupiter, Hermes, Saturn, Moon. 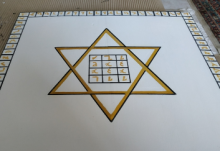 The Holy Table of practice is the altar surface for Enochian or angelic magick. It is the instrument of conciliation, bringing together earth and heaven. It is the safe area to put the Sigillum Dei Aemeth and over it put the scrying device for spirit communication, specifically angelic communication, scrying, and magick. 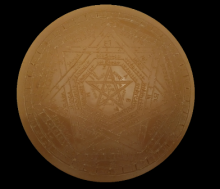 The Sigillum Dei Aemeth (seal of true God) is the symbol of the universe. It is a very complex pentacle, used in Enochian magick for creating a sacred space around the scrying device for spirit vision or scrying, thus communication with the unseen world, especially the Angels. It is an important part of the Enochian magick and maybe the most needed tool for a safe operation. Edward Kelly saw the angels showing slowly the letters of the SDA and transmited them to John Dee. John Dee respected this seal and carried it around in his journeys. 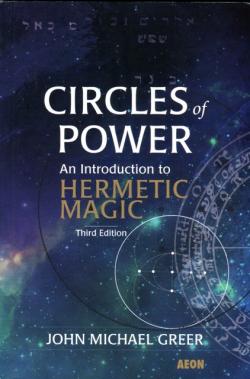 This book review is about the third edition of this book, printed by Aeon Books LTD in 2017 It is updated and better to the previous editions. The intention of the writer was to offer a practical book for beginners who want to practice the complex system of the Golden Dawn without entering an order and still they want to practice alone. 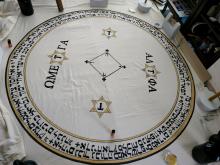 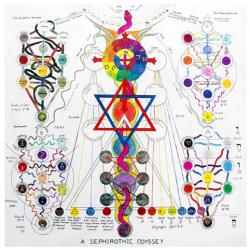 Harry and Nicola are a couple of Golden Dawn adepts who are also very talented painters. When someone starts reading about this tradition, sees that there is a lack of depictions on the books. Most people who produce art are also Golden Dawn adepts and they paint for their books. It is difficult to find material online and more difficult to find tools of the tradition. So, the practitioner should create his own tools and use a limited amount of tarot decks that may or may not feel comfortable with. 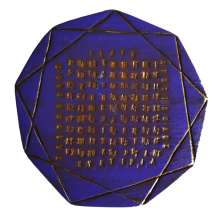 In this project, I am going to show you how I created a Moon amulet-plaque for my altar, related to Hekate, to channel Her lunar energies to my room. The intention is to draw lunar energies for any related lunar practices. I used the square of the Moon from Agrippa and the seal of the Moon from the same book. Instead of numbers, I used the Hellenic letters attributed to those numbers, according to the mathematical structure of the Hellenic language. 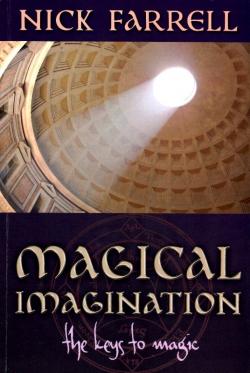 An instruction manual on pathworking. Nick Farrell teaches how to use your imagination to change your self and your physical life. The basis of the book is the teachings of the Golden Dawn and he even touches advanced stuff. The reader is going to learn all the basics he needs to know about pathworking, active and passive. How to follow a written pathworking and how to create his own. How to use symbols as gates, how to create an inner temple etc. 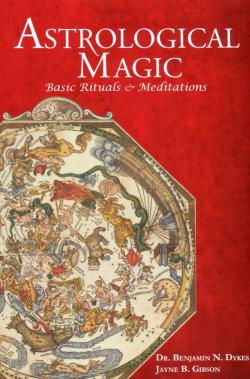