Rite of Her Sacref Fires 7 years on!

Every Rite of Her Sacred Fires (R.O.H.S.F.) is special for the devotees of the Goddess. As an admin in the ROHSF facebook group I had the idea of inviting the members to create their own posters. The posters were ready from April and they were shared via facebook and I suppose some of them were printed. Eirini created an official poster, which is very red and firey. I saw it on many devotees cover photo and some of them replaced their profile photo. Those moves are great marketing as well as devotional acts. The annual celebration is propagated by people who believe in that, not by professionals of any type, this makes it authentic. I advertised the event on all hellenic facebook groups, but as I expected, a few people reacted... Occultism in Hellas is a complicated issue, mostly because people who write or advertise about the occult sciences are not occultists at all.

One week before the Rite, we did a rehearsal, we changed tha arrangement of the altar and we added a new statue. This was a statue of Hekate, a replica of Hekate Prothyraia (youtube video) dated in 390 b.C. In my opinion this is the most beautiful Goddess statue I have seen. I got it out of a series of coincidences, so, I kept it for the ROHSF, Her celebration night. I decorated the altar with lilies and bourthree (Sambucus nigra) and I offered to the Goddess a small romantic boucket of red roses. I also bought candles from natural wax.

At 10-11-12 of May Eirini and I erected the temple, using the rituals of Wicca, and then we did some candle magick to offer our appreciations to the Goddess. As in every ROHSF the energy followed us the next days, making us creative and calm, and of course I couldn't sleep easily at nights, due to the big amount of energy. I guess this happens to a lot of devotees and it is not a side effect, but rather something most welcomed as the energy of the Goddess stays in our aura and the link that unites all the devotees becomes stronger those days.

Another interesting thing that follows after the ROHSF is the posting of photos from different altars around the world in the facebook group and the map that is created with little flames of fire lit in the name of the Goddess, as the creator and keybearer of the Covenant of Hekate, Sorita d' Este had envisioned in 2010

Video Slideshow with altars around the globe created by torchbearer Dorn Simon https://www.youtube.com/watch?v=FUvQBVS35N4&feature=youtu.be 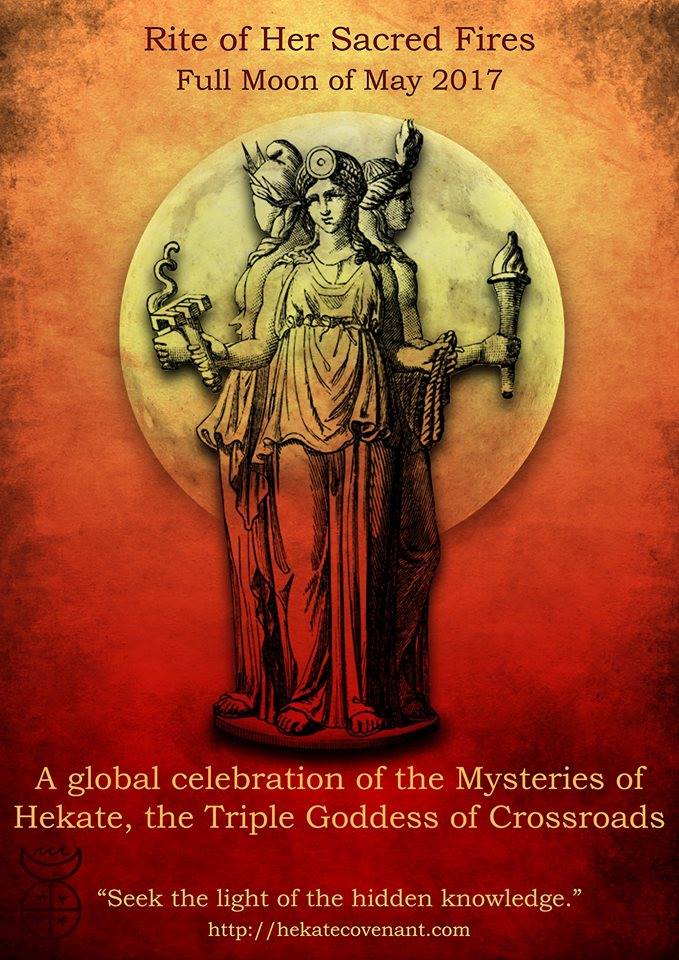