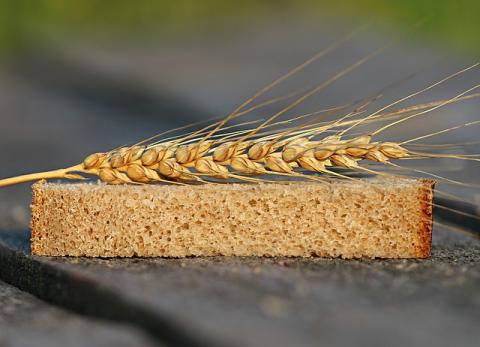 Theophrastus (371 – 287 BC) was a Greek philosopher and he was born in Eresos of Lesvos Island. At a young age he studied on Plato’s school in Athens and in later years he was the successor to Aristotle in the Peripatetic school. The interests of Theophrastus included biology, physics, natural history, history, botany, language, grammar, ethics, logic and metaphysics. He is mostly known for his work with plants (On the History of Plants and On the Causes of Plants) and he is known as the Father of Botany. In one of his surviving works with the title Peri Ephseveias (On Piety) we are informed about the first and later offerings to the Gods as well as the ethics.

People are making offering ton the gods for three reasons;

At the very beginning, people were offering herbs because earth born trees before animals and even earlier the grass. They were taking grass, leaves and roots and they were burning them with the whole sprout of the plant honoring with this offering along with fire the gods. That was the reason why they used to keep the fire inextinguishable because fire was absolutely like gods.

After the newborn grass the earth began to born the trees and people initially tried the fruit of acorn. They were burning acorn fruits because of its rareness and more frequently the used to burn the acorn leaves.

Later when the first cereal came into people’s lives after pulses, which was wheat, the human race was offering wheat in its first form. Later people used to pestle and grind the cereals which were intended for food consumption. The tools used to create the offerings were covered by a mystery veil and they were treating them as sacred because these tools were providing divine help to maintain life.

Beginning from this initial state and while the cereals and fruits were increased, people were collecting flowers and they were weaving a garland out of flowers. When they discovered the liquids such as wine, honey and olive oil as well they were offering these to the gods because as they believed that gods created these substances.

Additionally, as offering that the human should cultivate a pure mind and a soul without passions so when the offering is done, it is done by a deeper motivation and not as paying money to someone. It was traditionally offered to the gods food from the everyday life, a part of the food that the people were going to eat before the meal starts. With this kind of offering the people could offer great honors to the gods. Someone should make offerings not by offering many things but by offering very often.

Theophastus’ opinion about the nature of offerings to the gods

Theophrastus in the same book supports that the most valuable things that gods offer to people and they benefit them are the fruits of the earth. With these, they maintain the life that they gave to people and people can live fair. So "with fruits, people must honor the gods because people should offer these things whose the offering harms none. When people sacrifice animals, animals go through damage and they suffer injury because people take away their life. No one is holy if he expresses his gratitude by taking away a life. People must not express their gratitude with something that it does not belong to them even if it is a fruit, yet more with an animal which has a living soul". Apart from that it is much easier and pleasant to collect fruits than gathering the animals and kill them. "However the gods care about the ethics of the offering and not about the size".

Someone could support that equally as people take away the life of the animals they take away something from the plants. This matter is totally different because when people take something from the plant they don’t take it against their will. Even if people don’t touch the tree, the tree still will throw its fruits. Yet "the ingathering of the fruits or leaves is not accompanied by the full destruction of the tree or the plant. But even taking a part of an animal comes with permanent damage". This damage and pain is not reversal.

Further commenting the sacrifices of the animals he adds:

"With that kind of ritual did the nature and the human soul find pleasure? With unmixed blood of bulls, the altar must never be sprinkled because this was the biggest crime among the people, to take away a life and have as food its parts".

We can find more general information about offerings in ancient Hellas in this article.