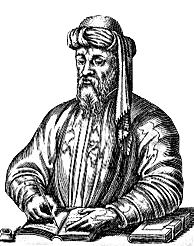 From the 15 books that the neoplatonic philosopher, Porphyry had written in the 3rd century a.C. in order to examine the teachings of students of Christ under the lens of logic and philosophy, nothing has been survived except some fragments from references of other writers that Professor Adolf von Harnack in 1916 collected and reconstructed a book with quotes that most of them are attributed to Porphyry. In this article I have translated a part of the book (the responses of Makarios Magnes) in which Porphyry is presenting a teaching in which angels of christianity and gods of the ancient religion are the same entities and another part from the same book with great meanings.

"Because if you say that angels, who do not fall into passions, are immortals and have an undamaged nature stand next to the god, the ones who we call gods because the are close to the divinity, then why do you disagree for the name and why we don't consider it a different address? The goddess that Hellenes call Athena, Romans call her Minerva, though Egyptians, Syrians, Thraces (he is not mentionig the Hellenes Tracians but to the barbarian tribes) call her with another name, without that difference of names changes of removes the characteristic of the goddess. Thus, whatever way someone addresses or names them, gods or angels, as the nature of them impies a divinity...

As is it accepted that angels take part of the divine nature, those who respect the gods, they do not think that god is in the wood or the stone or in copper, in materials that their depictions are made of, neither they believe that if one part of the statue will be cut, that the god will lose divine power... because if someone constructs an image of his friend he is not believing that his friend is in that image, neither his parts are closed in the drawing, the image is a medium to express adoration or honor to your friend.

Offerings who are given to the gods don't give honor directly to them as they are a movement of attitude of religious humans that we should not be ungrateful to them.

As for the form of the statues, it is human because human is the most good of all living animals and it is though as image of God."

"Because he (God) cannot do everything. He cannot disappear Homer or the fall of Troy. Neither can make two multiplies two equals five, even if he judges it. God cannot become evil, ever. Even if he wants to. As good nature he is, he cannot commit sin, he cannot be bad, but all those happen to God not because he is weak... on the contrary from his nature he is good and he doesn't have the obstacle to make him bad, but though without obstacles he cannot be bad."