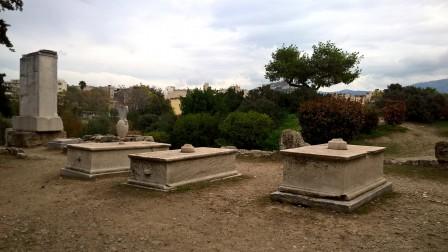 Goddess Hekate as a Goddess of crossroads and changes is associated with the cycle of life, death and rebirth. Hekate can both guide and protect the soul in that difficult transitional stages of its journey aiming to unite with the divine through its evolution. When the idea of death reaches people, most of the times what comes to our minds is the deprivation of the good things of life. These thoughts become stronger especially when we face a difficult situation for which we have not made ready ourselves. What is most difficult to understand and causes fear is that we do not know whether we are going to suffer any kind of loss at the time or after we experience death.

Life will always follow and complete the circle it started and it will not reverse its course; on the contrary, it will always silently move forward and there will be no delays. It is in our hands to educate ourselves and make time to understand what death is, what comes along with it, what is its meaning and for what reason we, with the mortal body, have to experience it. Philosophy and mysteries will provide people with a better understanding of questions regarding the afterlife, the essence of the soul and the divine.

Below there is an excerpt from the Platonic dialogue Axiochos in translation with some comments and further explanation where is needed. For the specific dialogue it is considered by some that it is not written by Plato, however, the teachings are platonic so that the text is written by a Platonist. In the dialogue, Axiochos has come close to death and he is afraid of it. Socrates is talking to him, to calm him down, explaining some of his teachings about the immortality of the soul.

-The deprivation of the good things of life is what gives me pain.

-Throw aside all silliness of this kind, and think upon this, that after the synthesis of body and soul has been dissolved and the soul is settled in its own homeplace, what is left of the synthesis, the body, because it is made of earth it has no logic and reason, it is not a human. For we are soul, an immortal living being, pent up in a mortal prison.

You bring the perception of things that are bad as opposed to the deprivation of things that are good, though you’re forgetting that these are the senses of the material body which you will no longer have and you also forget that your soul doesn’t need any of them because your soul is not material. But now you are turning yourself around while fearing that you shall be deprived of soul.

There are so many and beautiful reasons for the immortality of the soul. For a mortal nature would surely not have proceeded and been lifted up to such a greatness in action; to pass over seas and to build cities and to lay down forms of polity, and to look up to heaven and behold the revolutions of the stars, and the courses of the sun and moon, and their eclipses, and rapid return to their former state, and the equality of days, and the two tropical movements, during winter and summer, and the rising and setting of the Pleiades, and the wind, and the fall of rain, and the trailing along of fiery meteors, and the correlation between what the universe is to undergo and the ages. The man would not succeed in all these if the soul did not have divine breath, through which he possessed the power of thinking upon and knowing subjects of so vast a kind.

So that you are not changing your existence for death, but for immortality; nor will you have a deprivation of good things, but a still purer enjoyment of them; nor pleasures mixed up with a mortal body, but unmixed with every pain. For you will, when released from this prison, depart thither, where all is without trouble, and moanings, and ageless, and life is calm with no bad actions, being blissful in the quietness of unruffled tranquility you will be looking round upon Nature, and philosophizing not before a mob and a theatre, but in the presence of the pure Truth.

After the soul was released from the body, it departed to the unnamed place, in the underground home, where is the royal palace of Pluto, not inferior than the this of Zeus, inasmuch as the earth possesses the middle portion of the world, and the vault of heaven is spherical; of which the gods of heaven have obtained the hemisphere, and the chthonic gods below the other. Some of them are brothers, and others the children of brothers.

Photo of ancient tombs in Athens - City of the Dead (Necropolis), Kerameikos