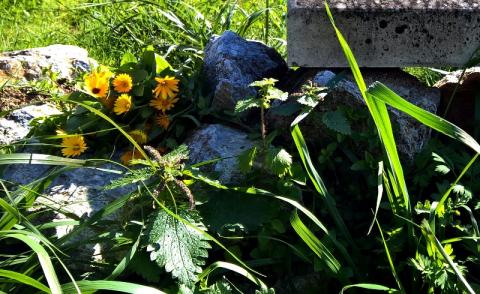 Τhere were sacred trees and plants that offered to each god. Pine for Cyvelle, oak for Zeus, kermes oak for Rhea, olive tree for Athena, bay for Apollo, calamus for Pan, lotus and myrtle for Apollo and Aphrodite, cypress for Plouton, narcissus and adiantum for Persephone, apple tree and agrostis for Ares, populous for Hermes, poppy and myrtle for Demeter, vine and cissus for Dionysos, garlic for patron and natal gods, phoenix for Muses etc. From these holy trees and plants for each god they were burning the appropriate part of the plant and the decorated the altars with twigs.

There were four kinds of offerings:

And there were three ways of doing it:

Theophrastus from Eresos has written a work, Peri Efseveias, from which we learn a lot about offerings and there is also information in this article.