Laws for Antiquities in Hellas 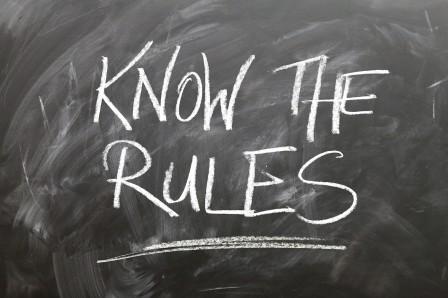 Can I leave my offerings on a monument? Read what are the basic Laws for the Protection of Antiquities and the Cultural Heritage in Hellas and the pollution of the monuments and their protection in general.

People often visit archaeological sites and monuments to establish a better connection with the deity they work with. In that process, they want to express their gratitude and they transfer rocks from within the site and leave them there as offering or they even leave personal objects. More usual people often leave offerings within the sites including food, flowers and other organic matter. The organic matter during decomposition as it breaks down, microbial colonization appears, bacteria, fungi and finally insects. When the weather conditions are suitable the bacteria may form spores which will arise to continue reproduction – on the top of the monument. Someone may support that he leaves his offerings once in a blue moon, but what if everyone leaves his offerings once in a while? Soon the monument will become a trash bin and no deity would want that.

Other people while leaving the place, as a bond to that connection and event, they often take a small rock from the wider area or even pieces from very close to the monument. What if the small rock is a part of a broken ancient piece? However, even if these acts are made by their pure motive of connecting with their deity, for the law and the cultural heritage - that have not a religious angle - , these acts are of a totally different meaning. It is made clear by law that the purpose of the monuments is for educational and scientific purposes and even if all of us would want all the sites and monuments to be used for their original purpose e.g. worship, rituals etc. the reality is different.

As ancient monuments are meant all the cultural goods that refer to prehistoric ancient, Byzantine and post-Byzantine times and date back to 1830. The ancient monuments include caves and palaeontological remains for which there is evidence that they are linked to human existence.

Paragraph 1. The protection of the country's cultural heritage has the following goals:

Paragraph 4. The ancient immovable monuments are protected by law without the need for any administrative act.

Article 10. Interventions on immovable monuments and their environment

Paragraph 2. It is forbidden to detach from a monument the sculptures, paintings, decorative mosaics or other elements that are an integral part of it.

Article 53. The theft of monuments

Paragraph 1. With imprisonment for up to ten (10) years, theft is punishable if it has an object of particularly high value or a monument that has been removed from another object or monument, from a museum, from storage spaces of the finds or from a place where the collection is kept.

Article 56. Damage to a monument

Any person who destroys, damages, pollutes, makes it impracticable or difficult to use or alters the monument or belonging to a museum to a collectible object placed in an open or closed public place, municipal or communal area is punishable by imprisonment of at least two (2) years if it is not punished with heavier provision.

''Τhe concept of damage also includes the pollution of a thing, the mere change of its external form, even though its material status is affected neither its function by function is affected. However, his social identity is altered, as the use of the thing also includes "the joy of his impeccable appearance". The Supreme Court with its decision No. 1231/1982 considered pollution

Article 382 of the Penal Code has graded severity ratings, depending on their gravity. One of these is the degradation of things that serve the common benefit. The common benefit serves objects whose the use is directly beneficial to the public, and are intended for that, in the sense that everyone, even under some general conditions, can derive benefit from the thing or its products. Such is the movable or immovable property that directly serves a biotic (physical or intellectual/spiritual) need for an indefinite number of people.''

The solution for the worshipers!

If your feeling is too strong in leaving an offering close to a specific monument, you can choose water as an offering or reciting an hymn in silence, or leave a flower to the ground, to the soil, where the natural environment would not be influenced. Do not leave any kind of organic matter on marbles, no matter how good your intensions are or if someone else has left something similar.