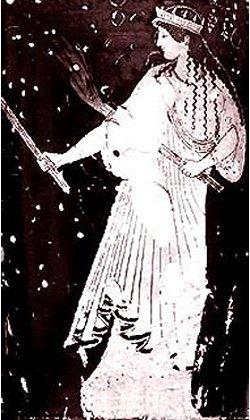 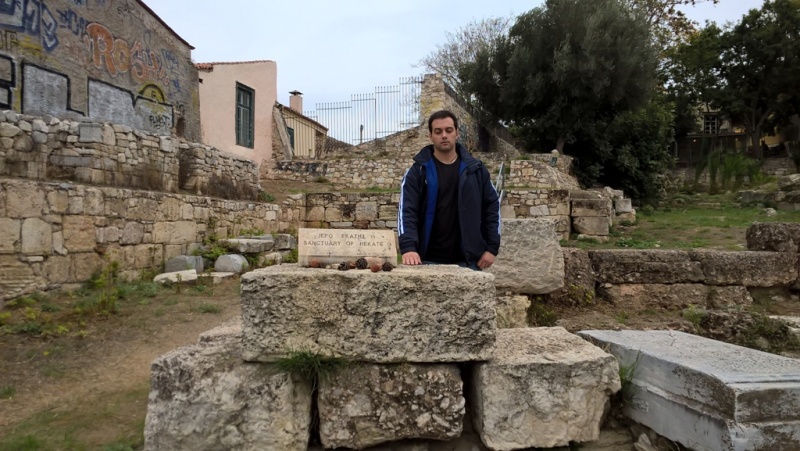 Imagine the almighty Goddess Hekate as big as you can. Her head is in the sky, her body lies in the different spheres of the atmosphere, her feet are the earth. The ocean is around her. You invoke the aspect of the soul of the world, the Goddess who gives life, the Binah aspect in the tree of life. The power of this invocation lies in Her name and propably Her secret names. Keep this image in your mind to attract Her energy to your place.

A more ancient greek approach is to call a friend of Hekate, Goddess Rhea or Cybele. For those who do not know, ancient plaques have been found with Rhea and Hekate. In the following votive relief we see Cybele and next to her a lion, a common symbol with Hekate. The worship of Hekate and Cybele together was something usual. 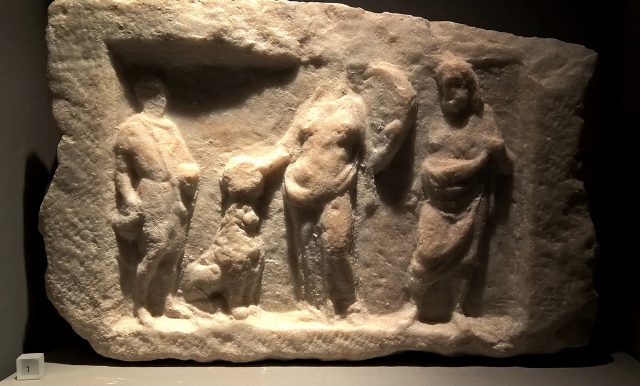 Cybele/Rhea from hellenistic era. The relief is in the Museum of Cycladic Art.

Rhea is a daughter of Uranus and Earth, a Titan Goddess. As a woman of Kronos, she gave birth to Zeus but she had to hide her child in Crete, because Kronos used to eat his children, to remain the ruler of the world. Rhea had a chariot driven by lions. Kouretes and Marsyas (he is playing the flute for Rhea) were acompaning Her. Due to the connections of Kouretes, Koryvantes, Idaioi Daktyloi and Telchines, those entities have protection properties and will be summoned too. According to ancient tradition, Rhea taught humans to build towns, fortresses, towers. She was a Goddess of defense, divination, healing, feminine. Kouretes are young men with skills to protect, making a shield around, working with metals, bees, social laws etc. Dactyls were habitants of Crete. They moved to Samothrace where they taught Orpheus. Telchines were habitants of Rhodos and according to Diodorus they were goetes, witches. Those entities (Kouretes, Koryvantes, Kabeiroi, Idaioi Dactyls and Telchines) lived in earth just in time where people were created, so they are of the most ancient daimons. Strabo (472) writes " Hekate's followers are thought to be Kouretes, the ones that are called Koryvantes".

Burn franckincense and pass your place. Then put it in the altar. Take the copper sheets and make some noise around you following a circle. In that phase you can use a bell or a gong. In that circle Kouretes will dance. Go to the center of your altar and see the east. Visualize Rhea coming closer in her chariot. Make a gesture of praise. 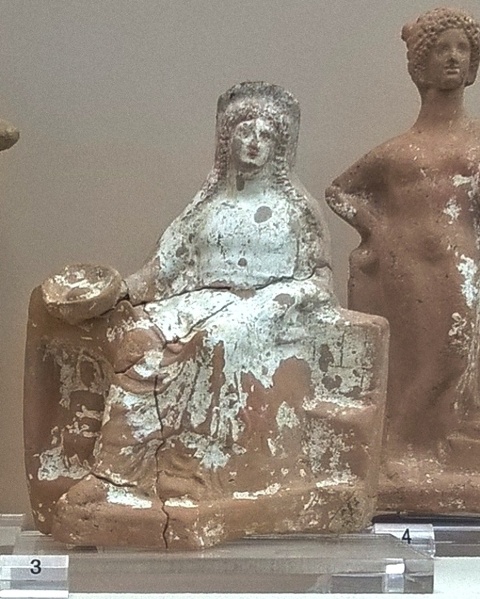 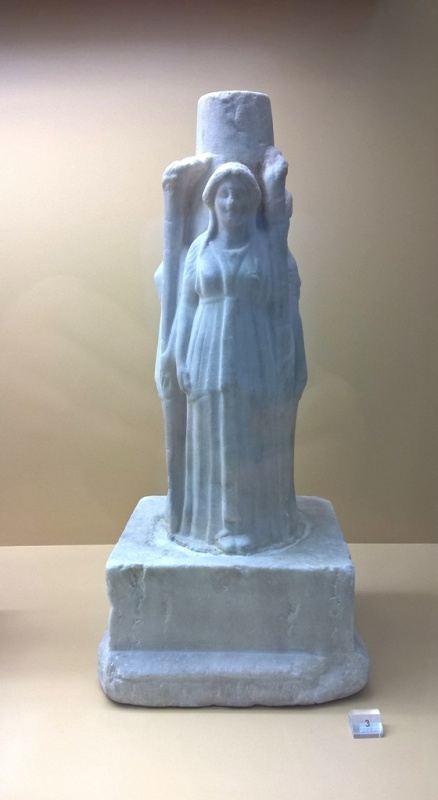