From Anger to Logical Thinking 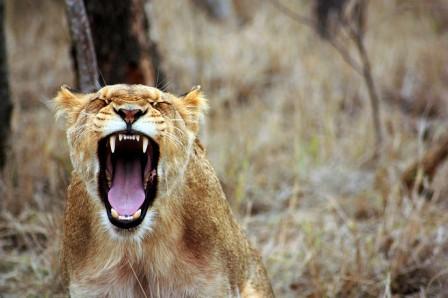 Lately, it has come to my attention that people, especially those using social media, become more and more frustrated and emotional when they post. I have seen and participated in many conversations (including those about the goddess Hekate) and I noticed that when people are having a conversation using logic and reason many times it ends up in a kind of fight.

One of the reasons why these conversations don’t go so well is because people tend to become angry when they disagree, especially when the logic of their thinking is challenged too much. Many times all these discussions may end up just fine but other times a fire erupts. Anger, however,  should give its place to the logical thinking so all people can benefit from each other.

The goal for anyone on the path of personal development is to transform this violent and fiery tendency of his towards angry outbursts and have it become gentle and submissive to logic.  This mildness does not bring apathy  or feebleness to the man, as some might believe, but it instead it brings patience so that he can allow his logic  to master the situation and avoid the hasty reactions that may lead to an unpleasant result – and, as mentioned in our previous paradigm, lead to insults or a fiery debate.

We must never allow anger to take full control. The anger might start to shout inside our head, but we should not listen. Anger will do its best to destroy anything that stands in its way; from enemies to friends and family on to inanimate objects. It will literally destroy anything that it encounters. It can do terrible things, but it can also result in ridiculous and funny things. This type of people have unstable characters because their patience is disturbed very easily, leading to unstable and unpredictable situations both inside and outside of themselves.

It is in the nature of the angry people to use offensive language and say cruel things in their efforts to offend and hurt those around them. They try to cause harm to others but in truth they only expose themselves, revealing explosively what they were keeping inside them. And what comes out is the worst part of themselves, given free rein to rule the man.

Logical Thinking and the Cultivation of the Virtues

The Neoplatonic philosopher Iamblichos (Ιάμβλιχος) in his book Commentary to the Chrysa Epe of Pythagoras (Υπόμνημα εις τα Πυθαγόρου Χρυσά Έπη) writes that a man before making any action should consider:

Every single action must ensue from logical thinking and clear judgment, so

So, every time a man has to review his actions through the process of logical thinking he comes in touch with his soul and especially the logical part, as Plotinos (Πλωτίνος) writes that thinking is the action of the soul. In this way, depending on how the actions are evaluated by the divine part of a man, which is his soul, he can be sure that his actions are in accordance with the divine virtues as described by Plato, since the main characteristic of the virtuous man to feel happy or sad with the good or bad actions.

And no one wants to feel bad, so necessarily he will strive towards good actions because the only way that the virtues can manifest is through actions. The only way to cultivate the virtues is to dwell on them and stay for a long period and in this way the man can train himself step by step. The body would need to traind the muscles to grow a strong body but as logic is not part of the body but is part of the function of the soul, it can be trained by excellent words and sayings exposed to pure logic. The more it is trained, the stronger grows.

When logical judgment controls the violent anger, it trains that undesirable attitude so that in future, similar situations it will not be the anger that comes first, but logic and clear judgment. That will gradually train the body to be less affected by its passions. It is like fire; if you feed the fire it will grow, and it will destroy everything if it gets out of control, but if someone learns how to control that fire once it starts, it will eliminate the danger and it will make it disappear.

Logic must be cultivated in the soul, governing and guiding its judgements until it leads to the attainment of the virtues.  That kind of training (cultivation of logic) must be gentle, not harsh and should never be forced, as the virtues cannot be forced to manifest but instead will develop gradually.  Plutarch (Πλούταρχος) writes that when an animal jumps from the one place to the other we do not cut its legs, but instead we teach it how to run and walk quietly. This is what the angry man should do; to transform that aggressive characteristic and apply that force to the gentle cultivation of the virtues through logical thinking.