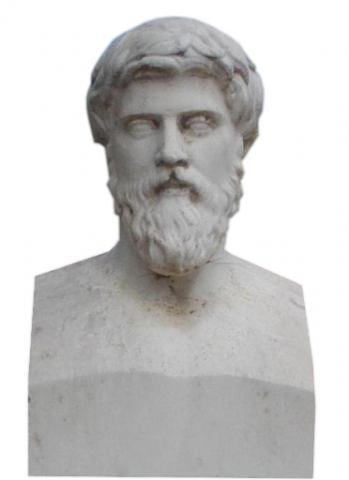 In those forms the main act was praying to the main God in order to bring revelations. The God speaks through the human body. Pythies, Sybilles, Backhes were examples of religious divination. Prophets are also representatives of that kind of divination,which is better than the magickal, because, it is difficult not to reveal the true or mix personal meaning and explanations.

Plato in his dialogue Phaidon, writes about the second category explaining that the diviners in Delphoi and Dodone via praying are enfused with divine grace and mania and many good things happened to Hellas from them.

An example of religious divination was the Oracle of Delphoi. Before the battle of Thermopylae, Pythia has said that Sparta will lose a king from the tribe of Hercules. Leonidas was that king. He knew that, but he took his main guards, omoioi, and started to block the barbaric hordes of 1.5millions. Leonidas united his 300 men with other Hellenes at Thermopylae, total 5500 men. When Ephialtes betrayed the hellenic army, Leonidas ordered everyone except the Spartans to leave and go back to their cities. Leonidas, had in mind the oracle. His diviner Megistias told him what will happen. They fought to the end and died for the freedom of Hellas.

According to Plato there are four types of mania, caused by the following Gods:

Mania caused by Apollo brings words of the future and of the past. Priestesses of Dodone and Pythia of Delphoi were possessed by that kind of Mania.
Mania caused by Dionysus brings ritual and mystical acts that consist in purification, cleansins miasma and become ready for divinatory revelations.
Mania caused by the Muses brings inspirational writing poems and books with ethical expansions, giving glory to the acts of old heros. This mania brings katharsis (purification) to the soul.
Mania caused by Aphrodite brings love and its main purpose is to bring back the soul on his best type in order to be united with the God.

The high priest of the oracle of Delphoi and a mystes of the mysteries of Egypt, lived 46 b.C. to 125 a.C. and he wrote many books about divination, magick, mysteries, history, philosophy, etc. writes about mania caused by Apollo, but he uses the word enthousiasm. According to Plutarch divination uses logical laws. There is nothing without a reason. and everything exists for a reason. The divinator could see the result if the God reveals to him. Pythia was in trance when she was sitting in the tripod. Plutarch explains how this worked: Like the Sun uses the Moon to reflects its light to the earth, the God uses Pythia to reveals his will in the earth.
Enthousiasm is a mix of two energies at the same time. The energy that touches the soul by the divine light and the energy that has the soul by herself due to the character and idiosynchasy of the diviner. It is very very important the diviner to be ready to accept the divine energy to his vessel-body. So, a pre-work should be done. Nowadays many witches have forgotten that the body is as important as the soul, but for the Hellenes body and souls should be equally treated. The body of the oracle should be pure, not many gatherings with people, have a nice attitude and be happy.

Socrates used to talk about a daemon or daimonio as it is in hellenic. This daemon appeared later in his teachings and he was told him what not to do. It was the voice of conscience, a wise advisor. Plato, Aristotle and Ksenophon wrote about the daimonio but especially Ksenophos writes interesting things.

Socrates was teaching that poets were writing under the mania of the Muses and they channeled divine messages through their works. Pythia was channeling messages from the Gods and diviners too. Reading Ksenophon's works we see that Socrates is a strong believer of divination. According to him, the God sends his message to every human being he wants. Others say that the divine sends those messages by oionoi (signs), others by voices, and others by daimonio. He said that the last category was the strongest one. Ksenophon writes that his teaches has a divination gift through this daimonio! According to the ancient text, someone could reach that level of contacting with the daimonio if he had achieve autognosia (self-knowledge) by practicing areti ( virtuousness).